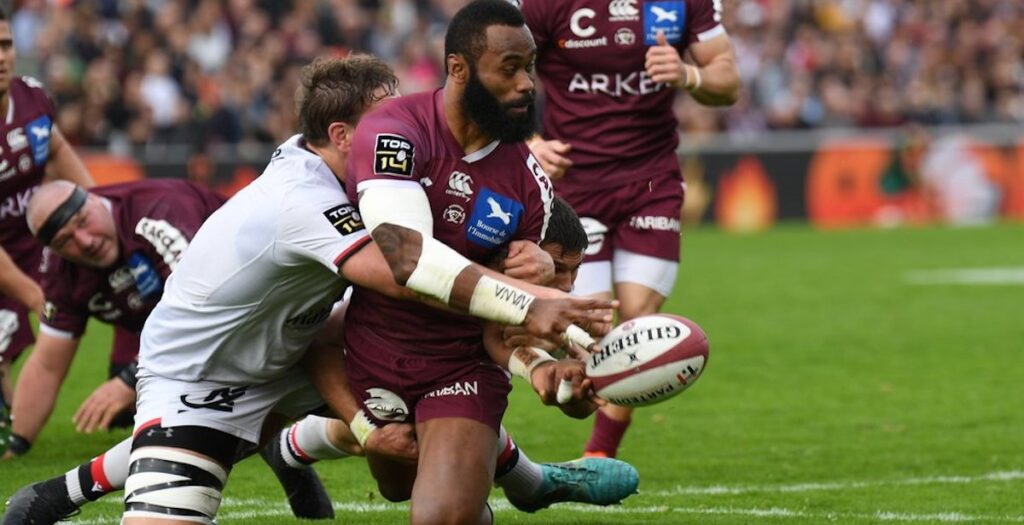 Bordeaux and Fiji centre Semi Radradra used his blistering pace to score a 50-metre breakaway try against Lyon in the Top 14 on Saturday.

The 27-year-old received the ball on the halfway line and outpaced Lyon winger Noa Nakaitaci to score one of his two tries of the game under the posts.

Radradra has already signed a new deal with Bristol Bears for the start of the 2020/21 season and is highly anticipated among fans of the English Premiership.

The 6ft 3” canter has represented Fiji at sevens, 15s and rugby league and is one of the top valued players in European rugby.