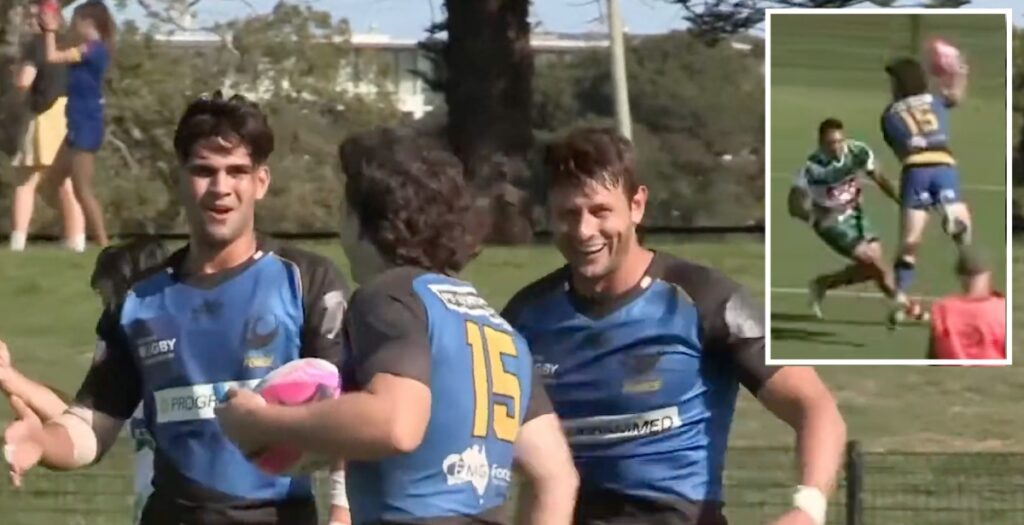 A Rapid Rugby trial match between Newcastle Wildfires and Western Force ended 7-72 with a plethora of tries.

The new format of the game has adapted certain rules to encourage running rugby and attract more fans to the game.

Matches last 70 minutes and teams have the opportunity to score a ‘power try’ whereby nine points are on offer for any try scored from inside their own 22-metre line.

Another major change is that any kick that goes over the sideline on the full will be turned over to the opposition at the point of where the kick was taken from.

The other kicking law which has been adopted is that possession is regained if the ball is kicked from between the defensive try line and 10 metre line and bounces inside the opposition 22 before going into touch.

With 79 points being scored in one of the first trial matches Rapid Rugby appears to be encouraging big scores. Watch the full highlights from Newcastle and Western Force below: