WATCH: Raw footage of those Bulls fans fighting in the stands 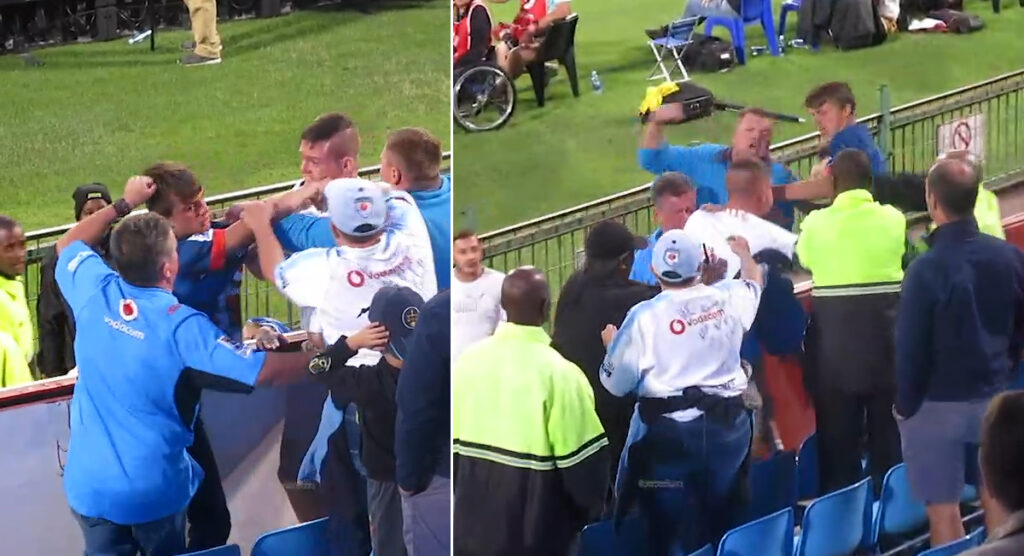 Earlier this week images from a fight that broke out in Loftus Versfeld were circulated, with a number of fans scrapping in the stands. We’ve now got video footage, showing the ugly scenes as they unfolded.

An argument occurred during the Bulls’ 24-39 loss to the Jaguares on Saturday, and while the match continued, chaos erupted in the stands, in scenes that are as baffling as they are unpleasant to watch.

There is reportedly an investigation going on to find out exactly what happened, but several fans were removed from the stadium, as the Bulls union emphasized that they have a zero-tolerance approach to such violence.

‘They were taken to the SAPS (South African Police Services) charge office at the stadium and handed over to the SAPS,” explained Head of Communications, Shanil Mangaroo.

‘Loftus patrons can be assured that this sort of behaviour will not be tolerated by the BBCo, and together with our security company we will take a zero tolerance approach to any similar incidents.’

While there appears to be no further official update, perhaps this footage will help the investigation.

The Bulls will host the Highlanders in the next round of Super Rugby on Saturday.

credit: Jordan Buhrs
You can also watch their vlog from the match, which includes some custom fight commentary, here