WATCH: Re-live one of the biggest red card hits of Trevor Leota's career 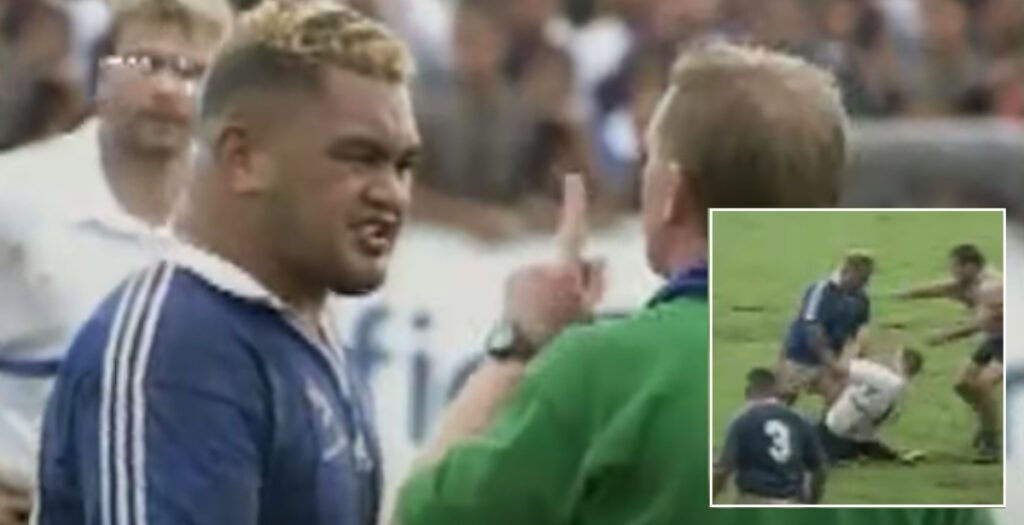 Leota dropped his shoulder into the prop as the Frenchman ran straight at him, resulting in a leg-weakening collision right in front of the referee at Apia Park.

The little powerhouse hit Califano slightly high and failed to use his arms, leaving the referee with no option but to show Leota red.

Leota was notorious for putting in ridiculously hard tackles throughout his career for both club and country and here are the very best examples, including his hit on Califano:

Leota played more than 200 times for Wasps after joining the side in 1997, making him a legend at the club and with 30 caps for Samoa he was also highly respected at the top level.