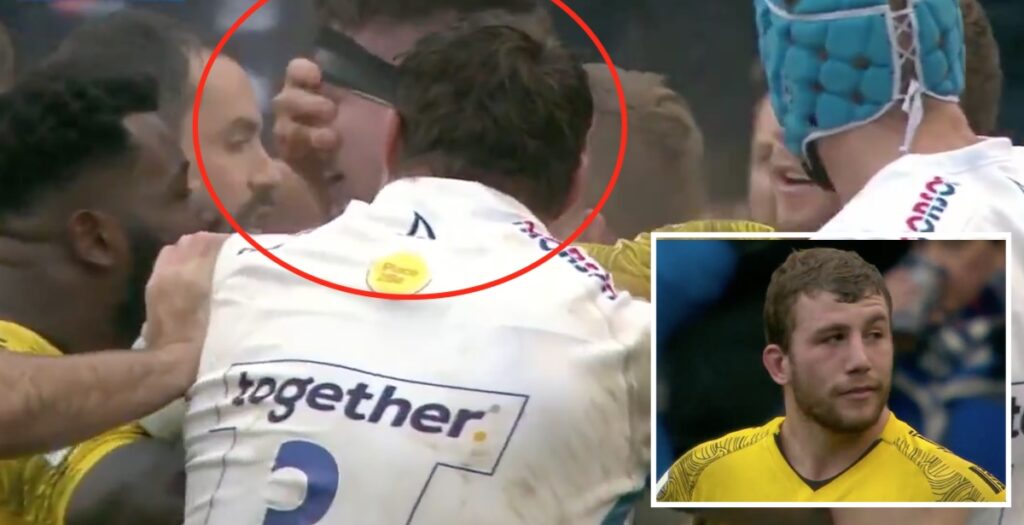 Bourgarit was stood behind Curry during a scuffle between both sets of players when he reached around and grabbed Curry’s face, appearing to deliberately place fingers over his eyes.

Although Curry was not harmed, TMO intervention resulted in a straight red card for Bourgarit, who winked at Curry as he departed the pitch.

Sale went on to win the game 25-15 at the AJ Bell Stadium having played the entire second half with an extra man and the reaction on social media towards Bourgarit’s actions have been very negative.

So French from Bourgarit! Horrific thing to do going after Curry’s eyes for @staderochelais

"That's madness of a Vahaamahina level."

La Rochelle hooker Pierre Bourgarit is sent off for foul play in an altercation he had nothing to do with.

No place for that on a rugby pitch. Goodbye.#HeinekenChampionsCup pic.twitter.com/S9x2qbN2jc

Finger in the eye, intentional or not, red card.#SALvLAR #ChampionsCup

FFS Bourgarit! what were you thinking 😖

Blatant eye gouge from Bourgarit. That is sickening. The citing officer should chuck the book at him and ban him for bloody months. There is no place for that anywhere, no excuses.