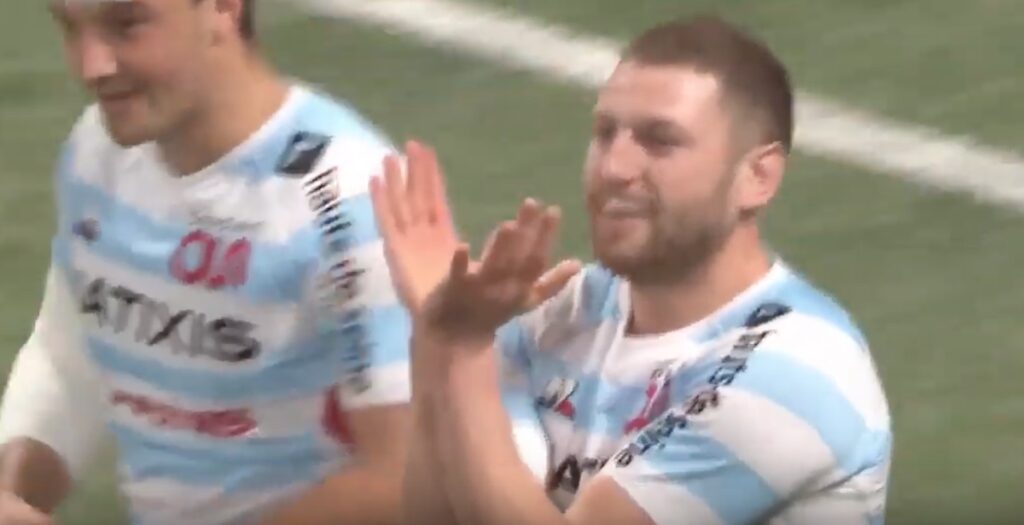 The 27-year-old Scot snatched the ball from a stray Jules Plisson pass on the half way line and ran it in to score their second try of the first half at La Defense Arena.

Russell has been in the headlines throughout the 2020 Six Nations after falling out with Scotland head coach Gregor Townsend and being committed from the squad.

Since joining Racing 92 from Glasgow in 2018 Russell has become one of the highest paid players in Europe and continues t be one of the in-form fly halves in world rugby.