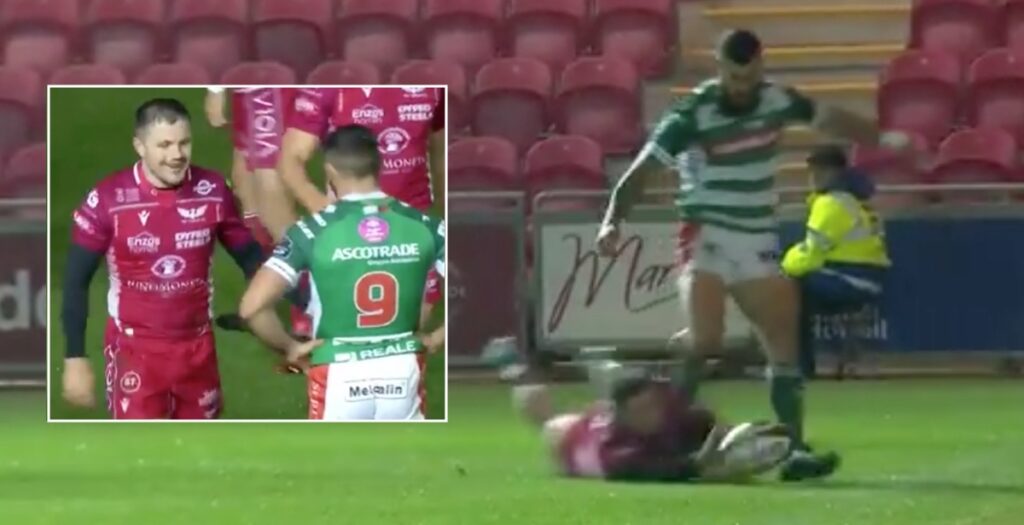 Scarlets winger Steff Evans scored the sneakiest try of the season so far against Benetton on Saturday in the Top 14 following a comedy of errors from the Italian club.

The ball was fly-hacked along the ground by several Scarlets players before Benetton winger Monty Ioane gave a wild pass to nobody on his own try line.

The ball was then being ushered towards the dead-ball line by the full back when an undetected Evans slid along the ground to dot the ball down inside the first 10 minutes of the game. Footage may only be available to UK viewers until another source is found.

Somehow @steffevs09 slides in to nick a try for @scarlets_rugby 🤷‍♂️

It took a while to be awarded by the TMO given the chaotic nature of the try, but it stood, and Scarlets went on to win the game 20-17 after a last minute penalty from fly half Dan Jones.