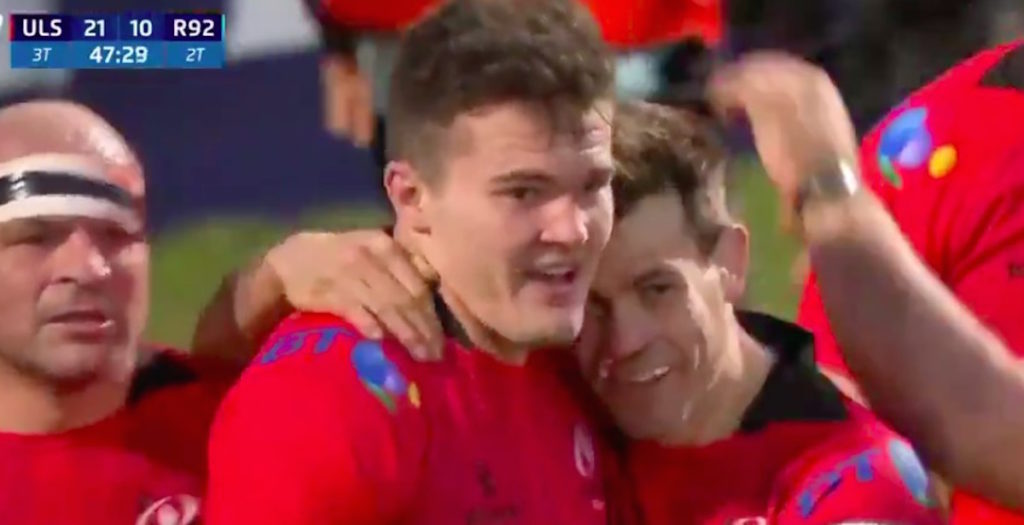 Ireland and Ulster winger Jacob Stockdale recreated his solo chip trip try against New Zealand while playing against Racing 92 in the Champions Cup on Saturday.

The 22-year-old beat his opposite man on the outside and produced a perfectly weighted chip over the defence, which after a slightly fortunate bounce was able gather the ball and score a stunning individual try from almost 60 metres out.

Ulster and Ireland’s Jacob Stockdale is on another level!

This sensational solo try put him out in front as the Champions Cup top scorer with 6 in 5 games 🙌pic.twitter.com/nKy3yHGJBR

This was Stockdale’s second try of the match and he is now the competition’s leading try scorer with six in five games, he is also the only player to score in every pool game so far this season.

The Ulster flyer scored a very similar try during Ireland’s memorable victory over the All Blacks in Dublin late last year and it is fast becoming his trademark move.

Ulster went on beat Racing 26-22 at the Kingspan Stadium, leaving them three points off the French side with one round of the pool stages to go.