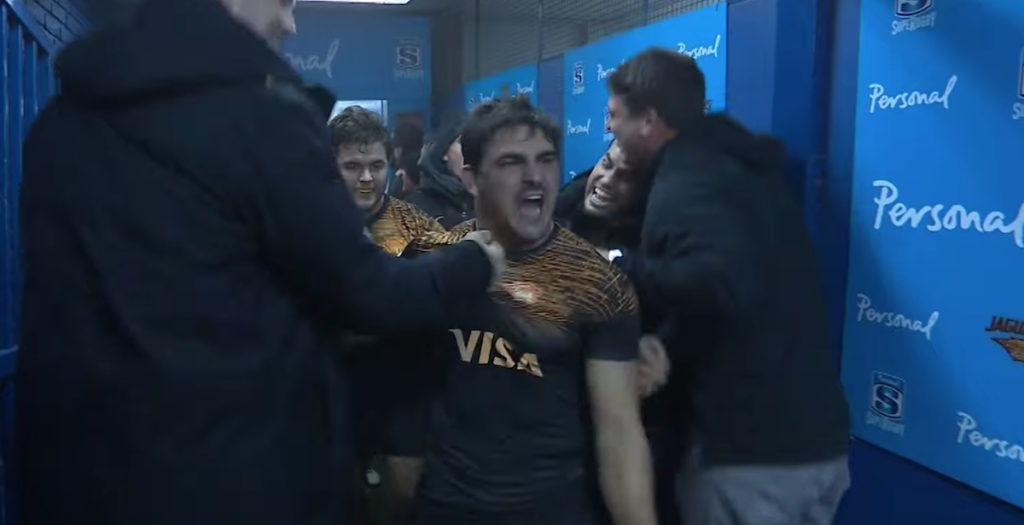 Inside footage from the tunnel area of Estadio Jose Amalfitani on Friday night has revealed an unusual ritual introduced by the Jaguares as they walk onto the pitch.

The players came out of their changing room and walked through a gauntlet of staff, ball boys and academy players all chanting and hugging them as they passed through.

Jaguares were hosting the Brumbies in Buenos Aires in their first ever semi-final in Super Rugby and they went on to win 39-7 meaning they will play the Crusaders in the final next weekend.