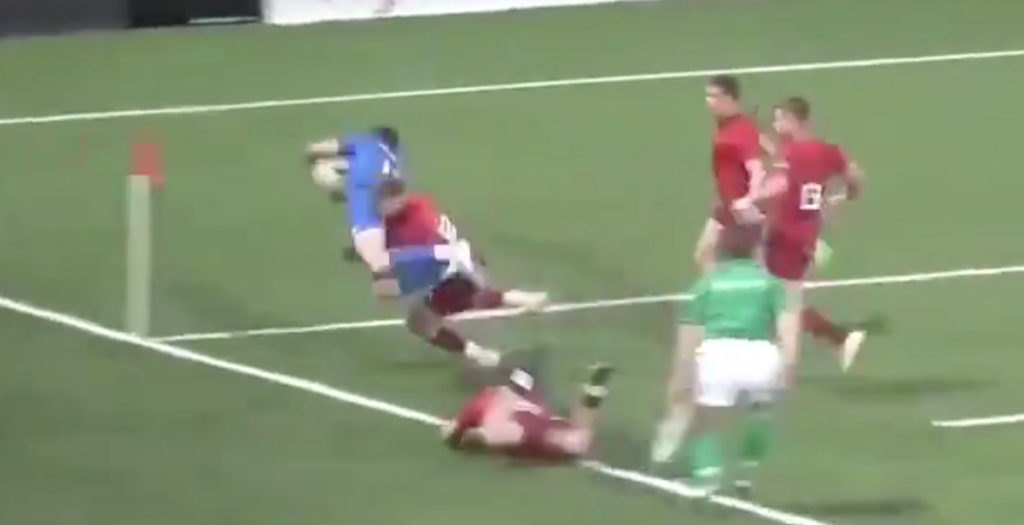 Leinster A winger Andrew Smith performed a Superman impression against Munster A in the Celtic Cup to score a miraculous finish in the corner.

Smith received the ball on the left wing with four players coming across to tackle him into touch.

However the teenager dived five metres from the try line meaning that despite the efforts of the Munster defence, the youngster somehow managed to make a successful grounding in spectacular fashion.

What a finish by Andrew Smith for Leinster ‘A’ against Munster in the #CelticCup on Friday. 🤯 pic.twitter.com/0rwbO0quts

Smith went on to score a hat trick and help Leinster to a 21-47 win at Irish Independent Park as they chase a second consecutive Celtic Cup title.