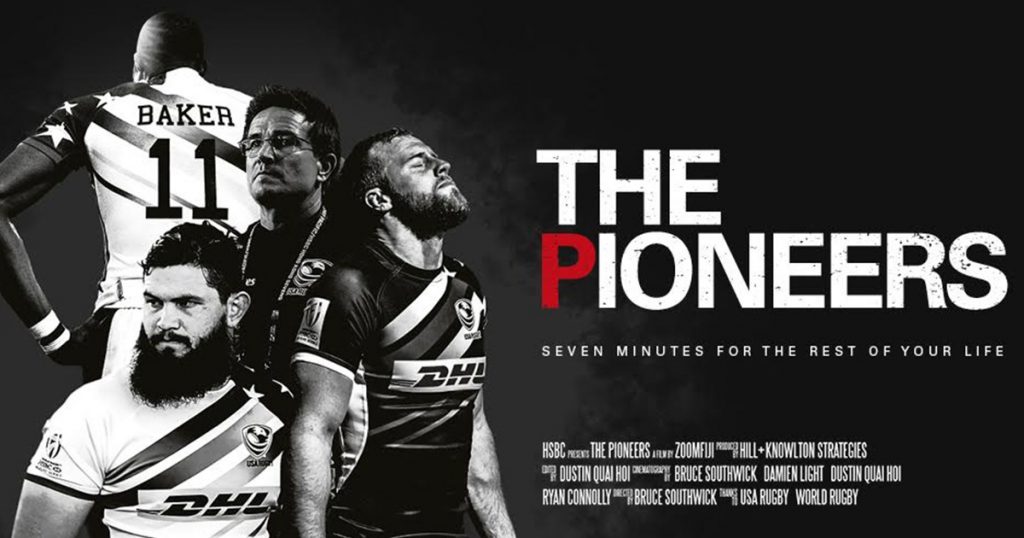 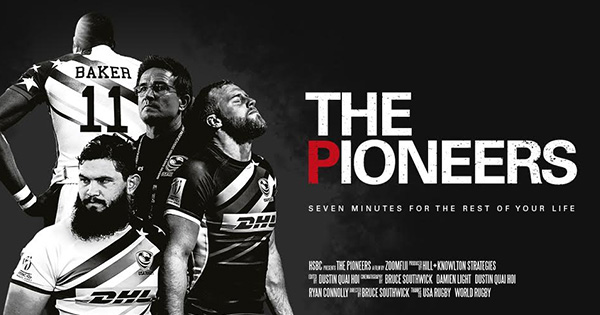 With the start of the Rugby World Cup Sevens kicking off in San Francisco today, many eyes will be on host team USA. To coincide with the tournament, HSBC have released episode one from their USA Rugby Sevens documentary, “The Pioneers”.

The two-part series will tell the story of team USA’s preparation in building towards the cup and will follow them throughout the tournament documenting the results. Part two will be released later this year.

It’s an exciting time for USA Rugby Sevens. Without question, the USA is becoming more viable in terms of growth and quality. Head Coach Mike Friday has his team headed in the right direction and admits to getting excited himself when thinking about the future.

“We’re a start-up company… We’re like the Apple in the garage and that’s what they love because then they love to see the beast it becomes.”

Team USA recently finished sixth overall in the 2017-18 series, but were highly competitve and dynamic throughout. Can they reproduce their Las Vegas magic to take advantage of the home crowd and make history at AT&T Park?

Things certainly won’t be easy for the hosts, especially when considering the words of Sevens legend Waisale Serevi after giving Fiji a 98 percent chance of winning it all with their “Dream Team”.

And don’t forget Australia, England, New Zealand, and South Africa – all teams that finished ahead in the standings.

Head coach Mike Friday said: “We are thankful for the opportunity to share with the American sporting public the values, spirit and characters of rugby and our team; as well as the excitement and exhilaration the game itself brings as we make this journey.

“We are proud of everything these boys do as they strive to be the best version of themselves when representing USA and rugby.”

Watch Part 1 of The Americans Changing Rugby – The Pioneers (22:39) below