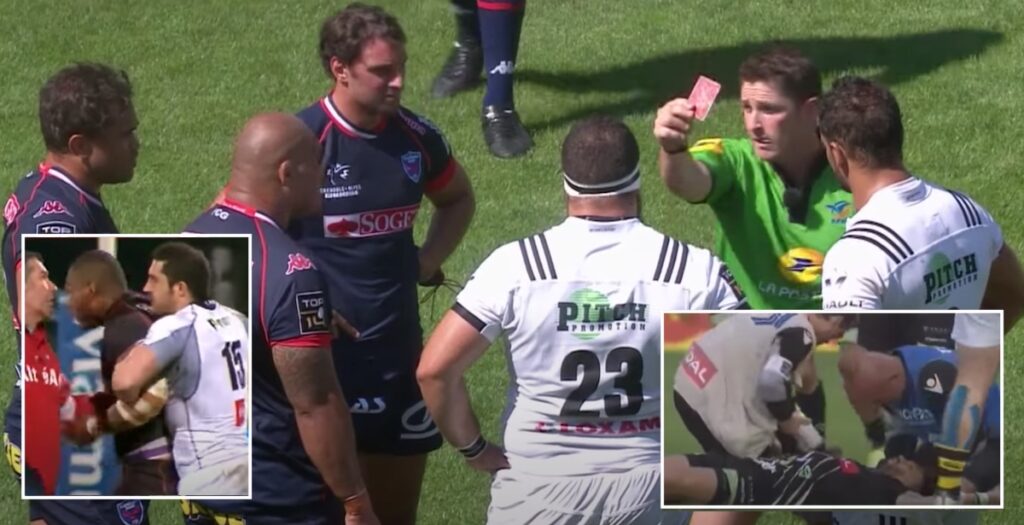 The French domestic leagues have produced some of the biggest 30-man fights in recent history with sides right across the country getting caught up in some nasty bust ups.

We start in Grenoble in 2016 when a dominant Brive scrum on the stroke of half time broke out into a brutal punch up with players from both sides swinging. The outcome was three red cards.

Next we go back to 2012 when yet another brawl broke out off the back of a dominant Brive scrum, this time against Lyon. Although punches were thrown by several players only two were shown red.

This altercation is probably the biggest of the lot coming in 2016 during a third division game between Valence Romans Drôme Rugby and Rugby Club Aubenas-Vals. It too came after a scrum and escalated quickly leaving the referee helpless.

Two red cards were presented and the players had to be restrained as they left the pitch to prevent another fight breaking out.

A Pro D2 game between Pau and La Rochelle is next in line. Back in 2016 the two sides produced one of the biggest bust ups in memory and it’s difficult to understand how just two players were sent off.