WATCH: The closest ever drop goal plus some of the best latest clips from Rugbydump Blitz 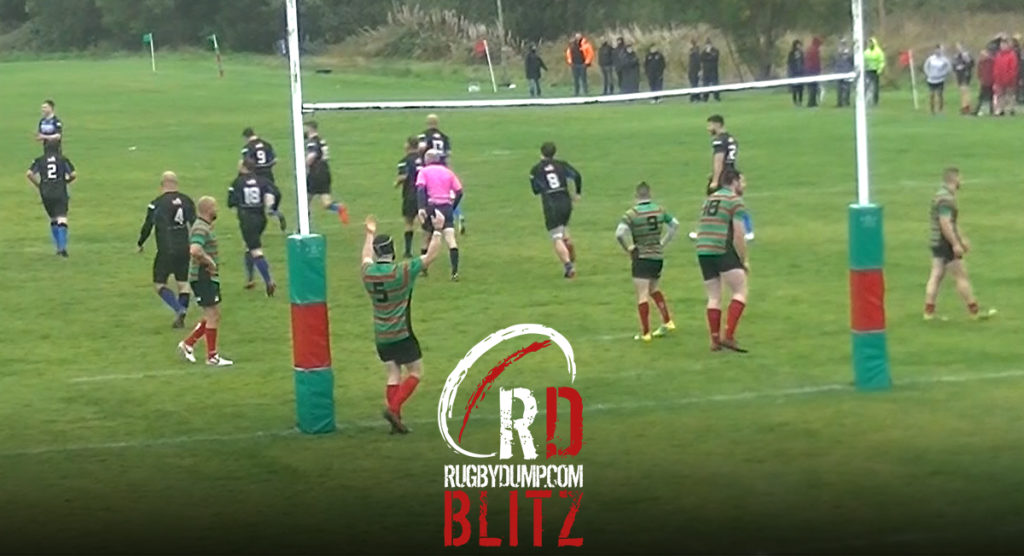 We’ve had a number of submissions coming in for our new Rugbydump Blitz contest. Below are a few of the October entries so have a look and feel free to let us know which you enjoyed most. There’s a bit of a mixed bag of tries, funnies, skill and physicality.

Below we’ve given you a bit of background details to each clip. So while some are only a few seconds long, knowing the story and context should make things a bit more enjoyable.

The first video is from a third division match between local rivals Mechelen and Antwerpen in Belgium late last year, home team Mechelen were trailing 20-19 right up until the last five minutes. They then managed to score two quick tries, the second of which was this top effort from deep in their own half.

With the final play of the game, Mechelen could have kicked the ball out but instead had a go from inside their own 22m which led to Mourab Ab scoring from a lovely chip and chase over the last defender. The final score was 31-20 to Mechelen.

This short clip comes from the semi final of the old Natwest Cup a few years back. Lewis Head was playing for Sir John Lawes School (Herts) in his first game back after fracturing 2 ribs. As captain, he had to play the game, but unfortunately it didn’t go to plan.

After he opted to run straight at the opposition fullback, things didn’t end well, and he fractured those same two ribs again.

This recent clip is also from Belgium and was included in a match report on website channel notélé (credit to them). It was a match against Kibubu in LBFR R1. The ball carrier, Jonathan Sauris, usually plays in the second row but on this occassion he played at loosehead prop.

After receiving a good pass from his number ten he charged into the opposition. According to Jonathan himself, the memory will last for a long time: “The sound of the supporters, the impact on the 12… and the hit on the nose afterwards.”

This clip is from a fairly unique moment that happened five minutes from full time in the West Sheild quarter final match in Scotland at the end of September. Dalziel (in blue) were 16-10 up against the home team, Oban Lorne, who lost the ball after a solid hit in mid field.

The turnover was made and from the break down, scrum-half and club coach Graham Calder picked the ball up and slotted a drop goal from the base of the ruck, just 6 metres out.

He didn’t strike it too well but it’s arguably one of the closest ever drop goals caught on camera and it’s impressive that he managed to get it over the posts from that distance!

This quick clip is of a powerful fend by Kern Griffiths in a local south Wales derby between Baglan and Briton Ferry in division WRU West Central 3b.

Baglan prop Griffiths caught the ball from kick off and was quick to set off but not before getting the big fend up, showing the attempted tackler that you really can’t go high on a big man.

This one is pure comedy, with so much to look out for. It comes from Scottish Caledonia Division 2 some years back. The match is Shetland v Garioch at Clickimin in Lerwick, Shetland.

There had apparently been a bit of niggle in the contest and this was the kick off to the second half, with the visitors narrowly ahead. It starts off with a Shane Jamieson slip onto his backside from kick off, then there’s the knock on, big late hit by Shetland flanker Craig Mann and finally, classic commentary from the sidelines from vocal supporter and former player and coach, Lincoln Carroll.

The original video was lost, hence the quality not being great but that final comment is gold.

Thanks to everyone who submitted videos. Keep sending them as we will share more soon.

Remember you can head to rugbydump.com/blitz at any stage for all the details about how to submit your clips. We sift through the best of them throughout the month and will post and share them on our social media channels and website regularly.

WATCH: The closest ever drop goal plus some of the best latest clips from Rugbydump Blitz | RugbyDump - Rugby News & Videos