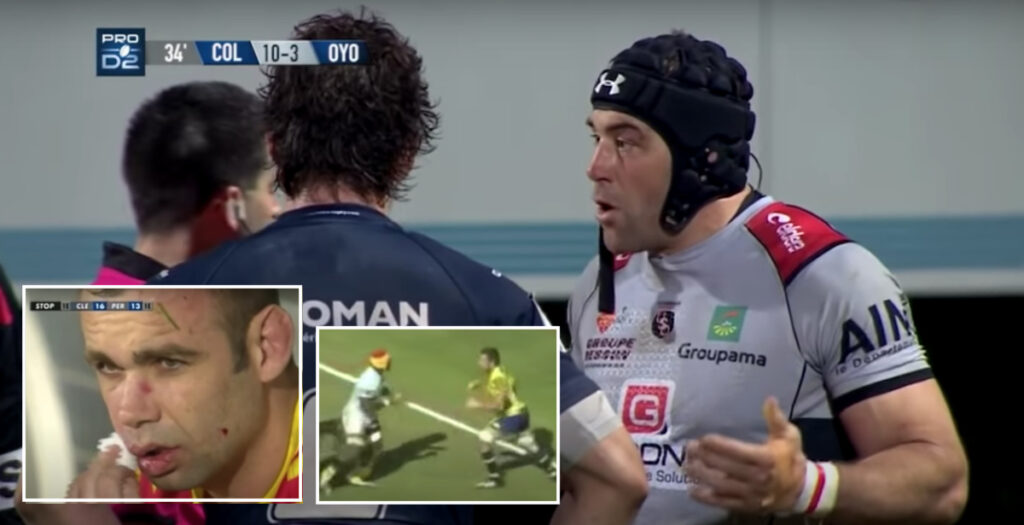 Former Canadian international Jamie Cudmore built up a reputation as one of the game’s dirties players throughout his 14-year career.

Now 41, Cudmore was part of the Clermont team which won its first Top 14 title in 2010 and represented Canada at four separate World Cups.

The 6ft 5” lock made more than 200 appearances for Clermont and was involved in plenty of dirty antics on the pitch during his time in France.

First up is this fight with Paul O’Connell in the Heineken Cup in 2008 which earned him a straight red card.

Next we see Cudmore commit one of the most blatant pieces of foul play you’re likely to see against Stade Français back in 2011.

This punch against Perpignan’s Grégory Le Corvec in the French Top 14 is a little more disguised but no less nasty.

How the Canadian just got yellow for this assault on Tim Payne in 2011 is crazy.

To finish here’s a three-minute montage of his biggest and most illegal hits as well as some more punches for good measure.