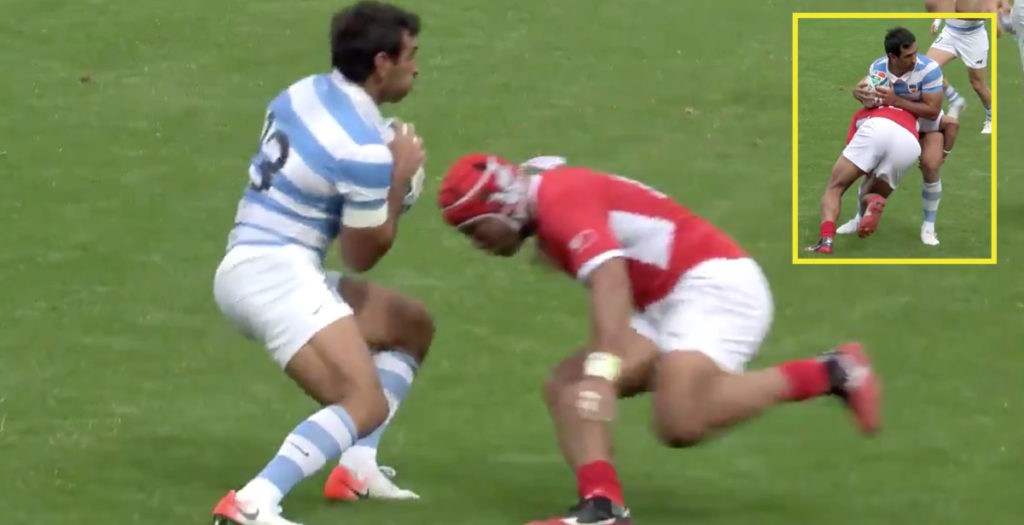 Tonga and Bristol Bears centre Siale Piutau made a textbook big hit on Argentina centre Matias Orlando on Saturday in round two of the Rugby World Cup in Japan.

Piutau’s hit demonstrates how tackles can still be impressive even below the waist following criticism of the ruling over tackle heights so far in the tournament.

Much of the concern surrounding tackle heights is due to the increased risk of concussion, but there was no danger of this with Piutau’s impressive tackle.

Argentina went on to beat Tonga 28-12 in Higashiosaka, leaving Los Pumas second in Pool C behind England and full match highlights are available below: