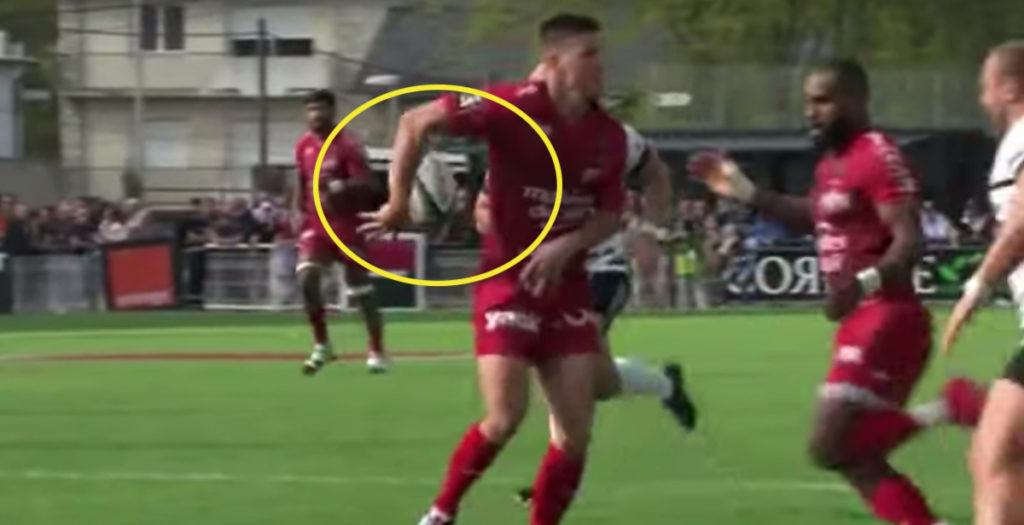 Toulon winger Daniel Ikpefan finished off a stunning team try in the Top 14 against Brive on Saturday.

Ikpefan started the move by doing remarkably well to take a high ball under pressure and produce an offload inside to his teammate.

Toulon then worked the ball down the five-metre channel and six passes later, Ikpefan was able to run the ball under the posts to finish off a spectacular team try for the former European champions.

Brive went on to win the game 39-17 at Stade Amédée-Domenech, leaving them 12th behind Toulon in seventh after five rounds of the French domestic league.