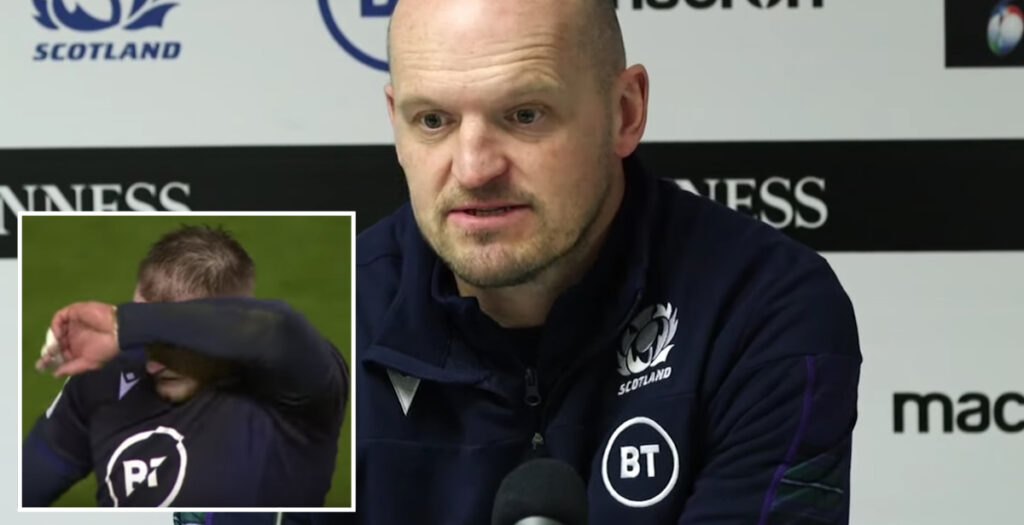 Scotland head coach Gregor Townsend backed his captain Stuart Hogg after the full back made another crucial mistake in the Six Nations.

Hogg’s drop over the try line last weekend against Ireland made headline news and on Saturday the 27-year-old misjudged a bounce of the ball on a windy afternoon at Murrayfield.

The scores were level after 70 minutes when the British & Irish Lions star was shepherding the ball over his own try line. However the bounce of the ball caught him out and Hogg conceded a five-metre try, of which England scored the match-winning try.

“If that ball had bounced forward then we would have had a 22-metre dropout instead of a five-metre scrum,” said Townsend.

“It’s a decision which is very hard to judge in those conditions and he was an inch or two away from making that a brilliant decision. I thought some of his play was outstanding again today (Saturday).”

The game finished 6-13 leaving Scotland without a win after round two of the competition. Full match highlights are available below: