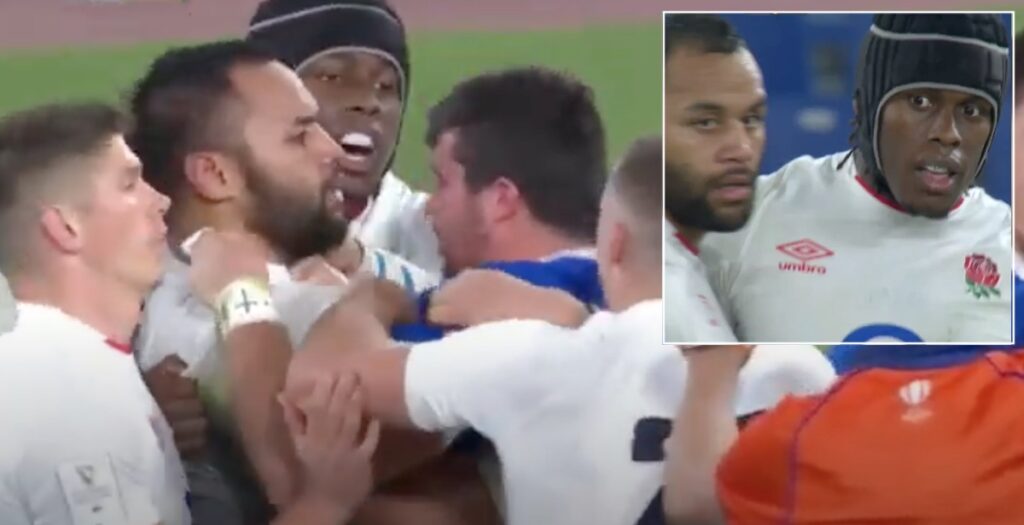 The final 10 minutes of the first half in England’s Super Saturday clash with Italy were heated with both sets of players fronting up at Stadio Olimpico.

The score was at 5-10 to England when the Italians found a surge of energy after Jonny Hill was sent to the sin bin and the hosts began to rub England up the wrong way.

Italy loving it, very close to a second try!

The Azzurri managed to spark several different scuffles with England’s Maro Itoje, Billy Vunipola, and Tom Curry in the final minutes of the first half. Sound has been removed from the video:

No punches or cards were shown for the handbags by referee Pascal Gauzere and England eventually went on to win the game having gone in at half time just five points up.

The final score was 5-34 meaning England won the Six Nations title having earned a bonus point win and full match highlights are available below: