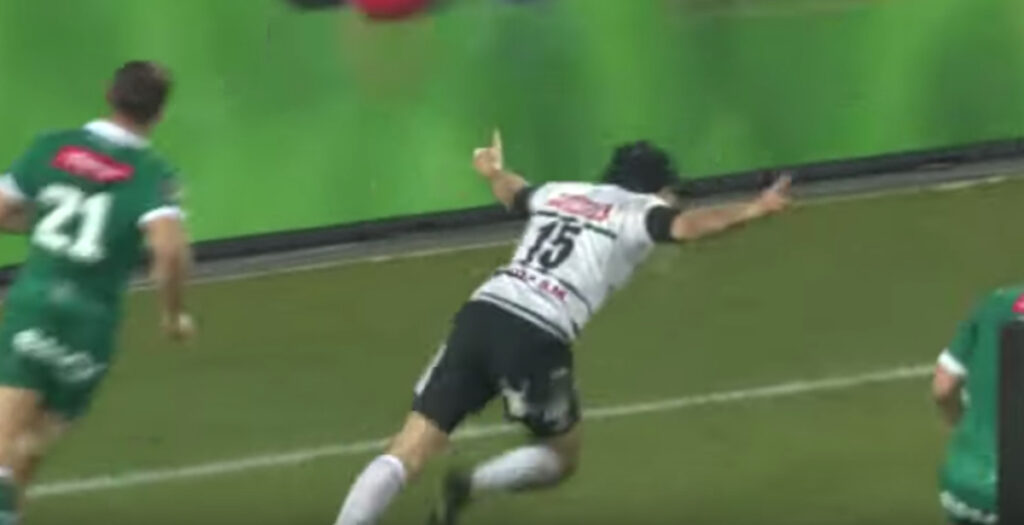 Brive full back Thomas Laranjeira had the most remarkable 10 minutes of rugby in his career when he scored 17 points to win a dramatic game against Pau in the French Top 14.

The 27-year-old began with a penalty in the 72nd minute at Stade Amédée-Doménech to bring the scores to 19-26 with eight minutes left on the clock.

Laranjeira then pounced on a loose ball just four minutes later and ran under the posts to score his first try of the game, which he converted to bring the scores to 26-26.

But it didn’t stop there. With the clock in the red, Pau made another mistake in midfield and remarkably Laranjeira was there once again to pick up the ball and score another try under the posts and win the game for Brive in front of a raucous crowd.

Laranjeira scored 28 points during this superhuman performance to leave Brive ninth in the table after 14 rounds.