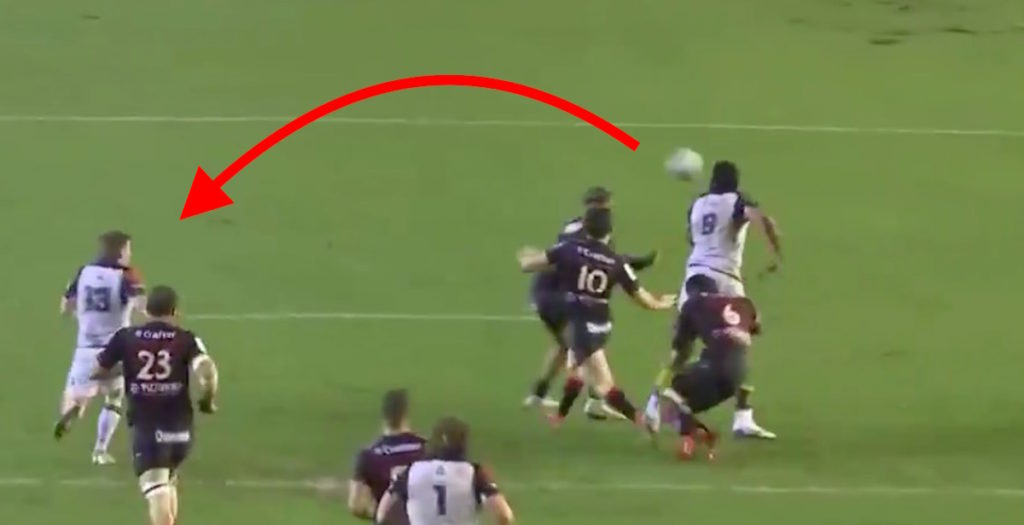 The fifth round of the Champions Cup provided some outstanding pieces of rugby, including a number of world class passes which simply need to be watched over and over again.

First up, Wales and Bath number eight Taulupe Faletau carried the ball in one hand “like a peanut” before offloading the ball to scrum half Max Green who scored in the corner.

“The ball is like a peanut in his hand!”

Taulupe Faletau shows what he’s all about with a brilliant break and a delightful offload to give @bathrugby their first score of the day!

Class from the Welsh international 💪 pic.twitter.com/0oaYctHME0

Next up is Edinburgh’s Viliame Mata who somehow threw a blind, one-handed offload straight into the arms of centre James Johnstone who scored their third try against Toulon in France.

Scarlets’ Kieron Fonotia embarrassed the Leicester Tigers defence with a no-look pass to assist Johnny McNicholl for a try under the posts.

“It’s showboating stuff from the Scarlets!”

Kieron Fonotia with the no look pass ❌👀

Johnny McNicholl touches down to secure the bonus point in an emphatic performance from the Welsh side 💪 pic.twitter.com/tQXaz6kGpw

And finally, Leinster scrum half Jamison Gibson-Park took a quick-tap penalty against Toulouse before throwing a 20 metre pass to Adam Byrne on the wing who scored the home side’s fourth try of the match.

…So quick the cameraman missed it 😂

*The twitter videos in this article are for UK readers only, apologies for any inconvenience.