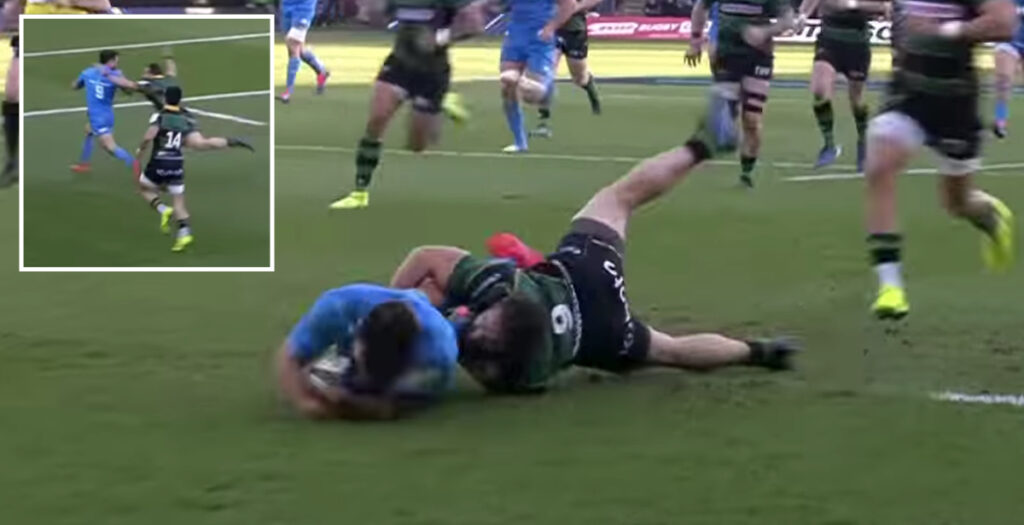 Northampton scrum half Cobus Reinach made a spectacular try-saving tackle on his opposite number Jamison Gibson-Park to prevent an awesome Leinster score.

The South African used his blistering pace to chase down Gibson-Park as he approached the try line off the back of a fantastic Leinster move in the first half at Franklin’s Gardens.

Despite Reinach’s heroics, Leinster went on to win the game 16-43 leaving the Irish province top of Pool 1 in the Champions Cup after three rounds.