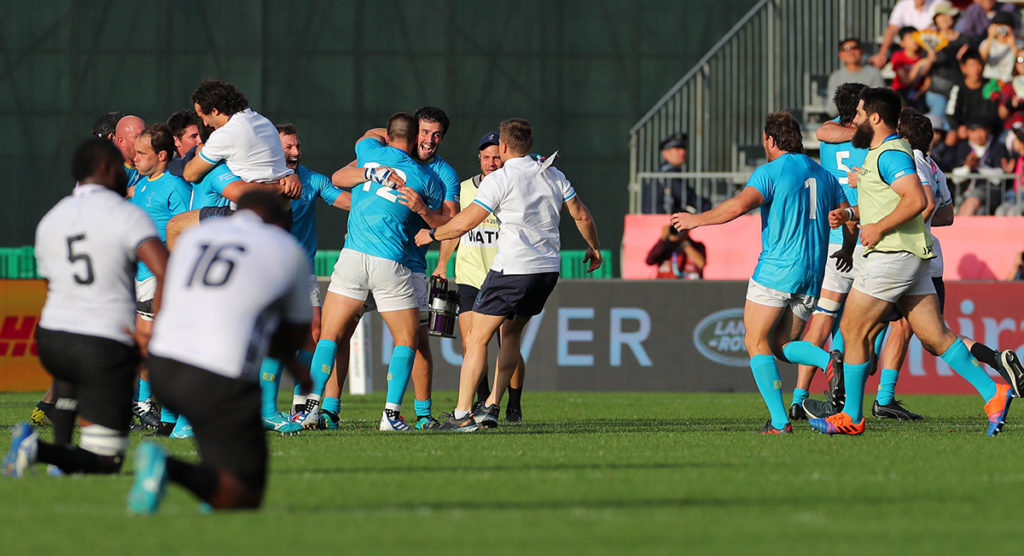 Uruguay have caused the biggest upset of the 2019 World Cup to date as they put in a courageous performance to beat Fiji 30-27 earlier today. It is their biggest ever win in Test rugby, sparking tears and celebrations in Kamaishi.

Fiji missed a number of kicks at goal, while Man of the Match Felipe Berchesi was on target for six from seven attempts.

He said post match that they have been preparing for the match for four years.

Fiji, ranked 10th in the world, had challenged Australia in their opening game, but were their own worst enemies against the 19th ranked Uruguay today. This result means that Wales and the Wallabies will have a far easier route to the quarter finals.