WATCH: When Saints were rattled by HUGE Farrell tackle 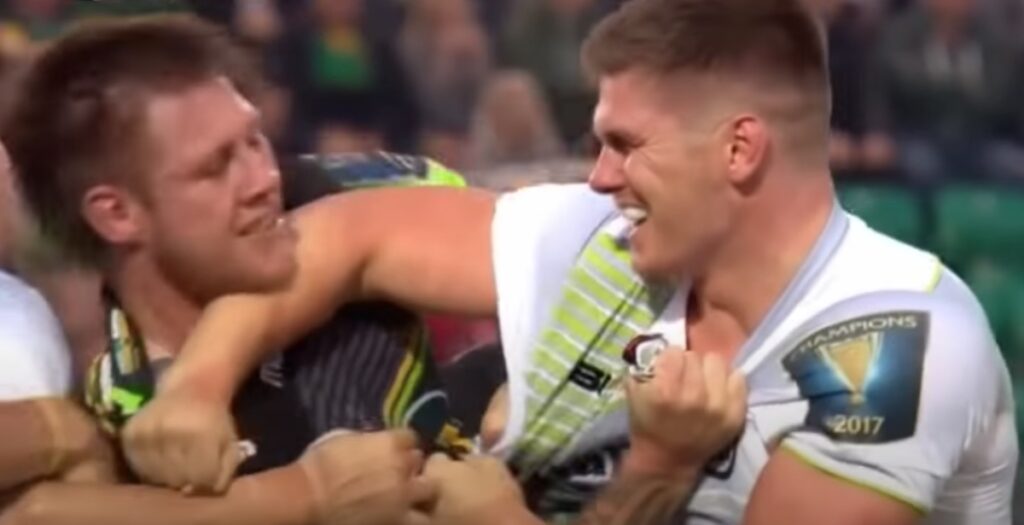 In the opening round of the 2017 Champions Cup former England flanker Teimana Harrison clashed with international star Owen Farrell.

Seconds before the confrontation Farrell had produced a textbook dump tackle on Ben Foden which Harrison took a disliking to.

The flanker cleared out Farrell as he lay on the ground which sparked handbags at Franklin’s Gardens.

The crowd erupted when they saw Farrell’s elbow push into Harrison’s neck, which resulted in a penalty against Saracens.

The visitors won the game 57-13 and went on to reach the quarter-finals where they lost to the champions Leinster at the Aviva Stadium.