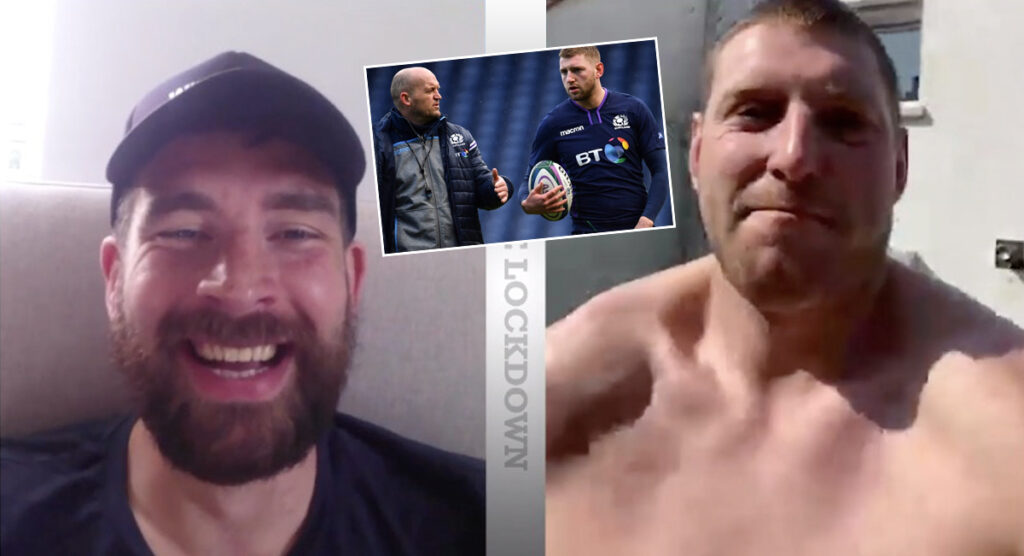 If there has been one positive aspect of the enforced lockdown due to the outbreak of the COVID-19 coronavirus for Scotland fans, it’s that talisman fly-half Finn Russell and head coach Gregor Townsend seem to have found a way to resolve their differences which overshadowed the 6 Nations.

The truce between the two figures had seemingly been found in the fallow week before the France game, in which Russell had agreed to help out the team’s preparations by taking part in a video call before the match.

That didn’t happen in the end after a schedule change in Russell’s club Racing 92 during the week, but discussions between the stand-off and Townsend looked to have thawed relations. There was even talk of Russell joining Scotland’s summer tour as he searched for a way back into the starting fold.

Speaking to Jim Hamilton on The Lockdown, Russell says that there is a “better understanding” between the two parties now, suggesting that things have improved vastly since the start of the year.

“I kept in touch with a few of the boys the whole time, and then in the fallow week before the France game I called Gregor and said ‘I don’t know if I’m going to be able to come back in or not, but I think for everyone it’s best to just leave it for now and we can start again after the 6 Nation’,” Russell said.

“I think now, with there being nothing on, I’ll give him a call and have a chat and try and move things on. We’ll work things out.

“I think we have a better understanding of each other, and he sort of understands where I’m coming from. I think in the long run, it’ll be good for us.”

The summer tour was due to take Scotland to South Africa for two tests and then New Zealand for a first test match against the All Blacks in the country since 2000, where they lost 69-20 in Dunedin.