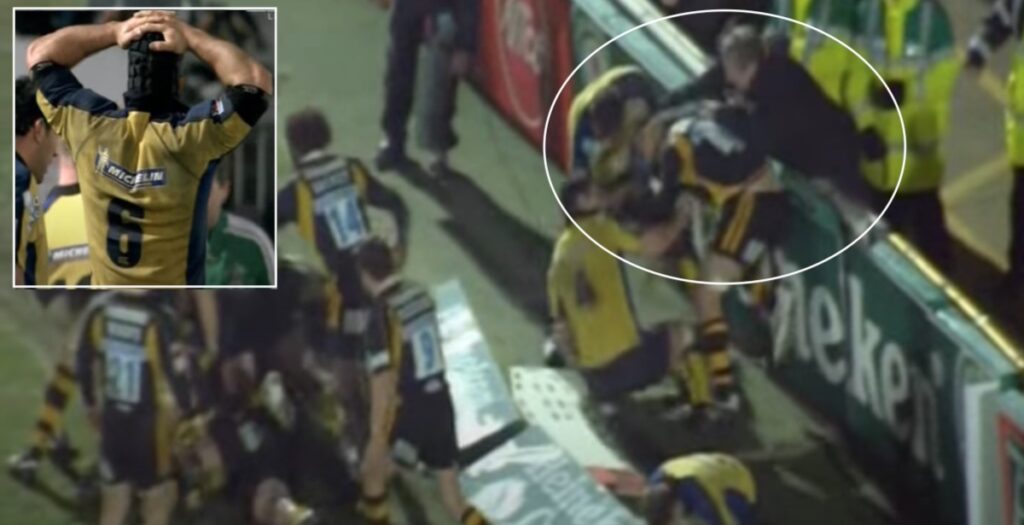 Former Clermont enforcer Jamie Cudmore was at the centre of a mass brawl in a Heineken Cup match against Wasps in 2007.

The 6ft 4” Canadian unleashed a series of punches on Wasps prop Tim Payne as he lay on the floor, sparking a nasty fight on the side of the pitch in front of the Wasps fans.

While there were several acts of foul play from both sides it was Cudmore who was sin binned just before the hour mark.

Wasps went on to win the game 25-24 at Adams Park, but if you look closely at the footage you’ll see a spectator join in with the frenzy from behind the advertising boards.

This turned out to be an RFU official who was subsequently banned from attending any Premiership club or England home game for six months.