While Union seeks high tackle rulings consistency, a dirty technique is close to being outlawed in Rugby League 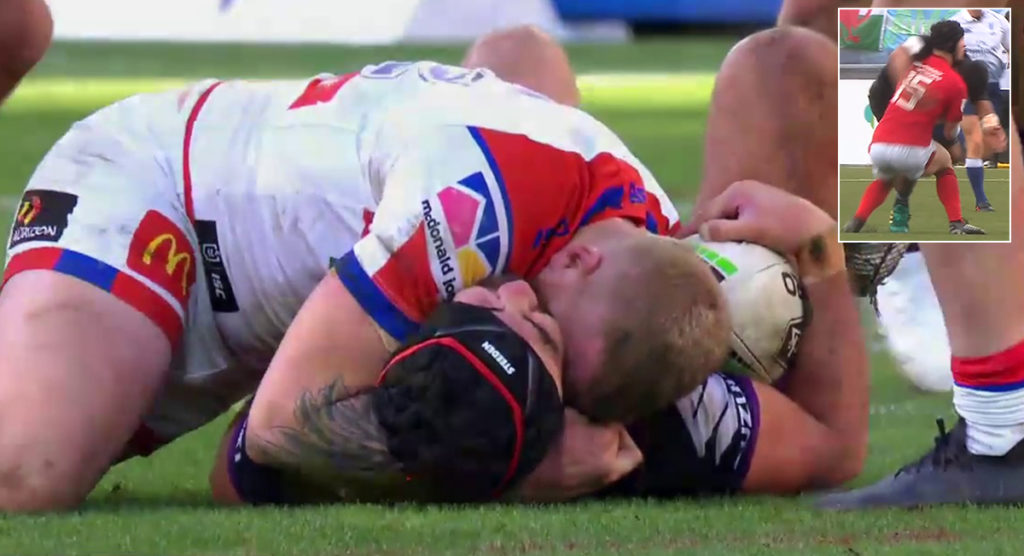 Despite World Rugby’s best efforts in recent years to clamp down on high and dangerous tackles, the World Rugby Under-20 Championship being played currently shows that there are still areas that need addressing.

Too often in the championship so far there have been incidents that many fans and pundits have deemed a red card offence, and the perpetrator has only been awarded a yellow card, or just a penalty.

Only yesterday, a New Zealand player was awarded a yellow card for a tackle that many believed warranted a red card on social media. While there are mitigating factors, this is an all too common occurrence, where the referees fall under some criticism.

This was the tackle:

The question always comes down to the interpretation of the referee in that particular match, and the main concern is the inconsistency from one to another. This is a particular issue when comparing the officiating between rugby in the northern hemisphere and southern hemisphere as well.

World Rugby is always looking to make the game safer, and while it is undeniable that some tackles that were permissible a decade ago are now outlawed, they still have a way to go. However, they can take a leaf out of Rugby League’s book, and how the crusher tackle is being addressed.

A crusher tackle is where a defender forces a player’s head towards their torso in contact, usually when driving the player into the ground. It could have devastating consequences, and puts the neck in an extremely vulnerable position.

There has been a speight of these tackles recently in the National Rugby League, with the Newcastle Knights’ Mitchell Barnett and Cronulla Sharks’ Andrew Fifita both facing bans of up to five weeks for these tackles committed in the past week.

''It's not an accident; you could see it was measured and had a bit of intent there.

However, neither player was sent off or even sin binned during their games, only put on report, and while they will face bans, many former professionals feel that is not enough. Former Australia international Greg Alexander has called for an immediate red card and a ten match ban for any player committing this foul.

In light of this surge in crusher tackles, it will be discussed by the NRL’s Competition Committee, who met this Tuesday, with Head of Football Graham Annesley hoping to eradicate this tackle from the game.

Rugby Union can certainly learn from how Rugby League is acting over these tackles, particularly if the punishment becomes much more severe.

The Under-20 championship could be seen as a precursor for the World Cup in September, and any flaws in how high tackles are officiated can be ironed out before the tournament starts.