WILL JORDAN SHOW: Crusaders shine with big win over Highlanders 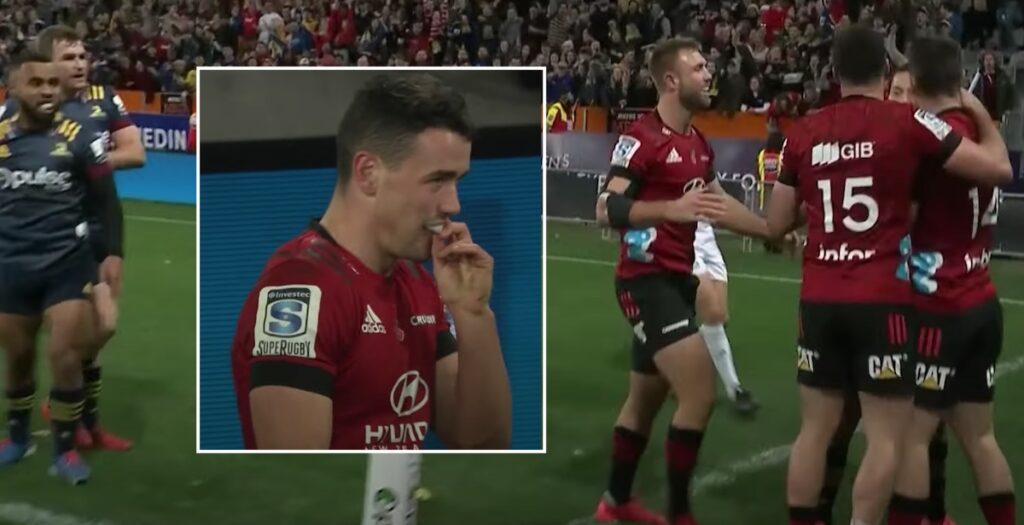 Crusaders winger Will Jordan starred in Saturday’s Super Rugby Aotearoa win against the Highlanders with a brace at Forsyth Barr Stadium.

The 22-year-old scored the visitor’s first try of the match with a wonderful finish in the corner and doubled his tally in the 80th minute with a piece of individual brilliance 70 metres out.

The Crusaders scored five in total to win the game 20-40 in Dunedin but it was the hosts who went into half time with a three-point lead giving the packed-out crowd an exhilarating first 40.

Other highlights include the hosts’ second try in the first half which was set up by a dazzling run from All Blacks star Aaron Smith while fellow New Zealander Sevu Reece produced a delightful finish for the Crusaders after the break.

The Crusaders have now won their opening three games of Super Rugby Aotearoa making them strong contenders to win the competition. Full match highlights are available below: