Will Skelton issued official warning for doing this to Saia Fainga'a 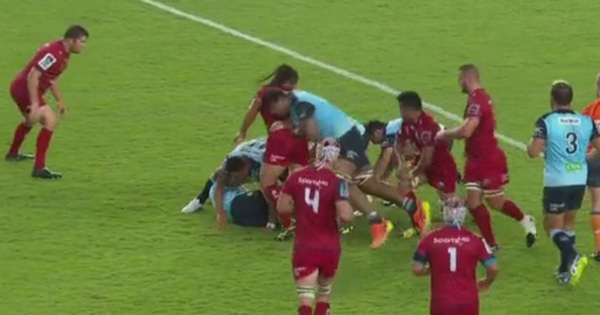 Big @willskelton10 was issued a warning for this off the ball dangerous play against the Reds ???? The Citing Commissioner deemed that it was not worthy of a red card offence, so a warning sufficed ?? #SuperRugby #waratahs #reds

Waratahs lock Will Skelton was issued with an official warning for this off-the-ball shot on fellow Wallaby Saia Fainga’a during the opening round of Super Rugby on Saturday. As the offence didn’t meet the red card threshold for citings, he was issued a warning and is free to play.

Skelton could be seen showing some concern for Fainga’ga, but the challenge was completely unnecessary, so he was probably lucky to get away with just a talking to after contravening Law 10.4 (k) Dangerous play in a scrum, ruck or maul.

Law 10.4(k) states: Players must not charge into a ruck or maul without binding onto a player in the ruck or maul. Citing Commissioner Warnings are given out when foul play incidents get very close to but do not quite reach what would be considered a red card offence.