Will Spencer gets lengthy ban despite controversy over high tackle 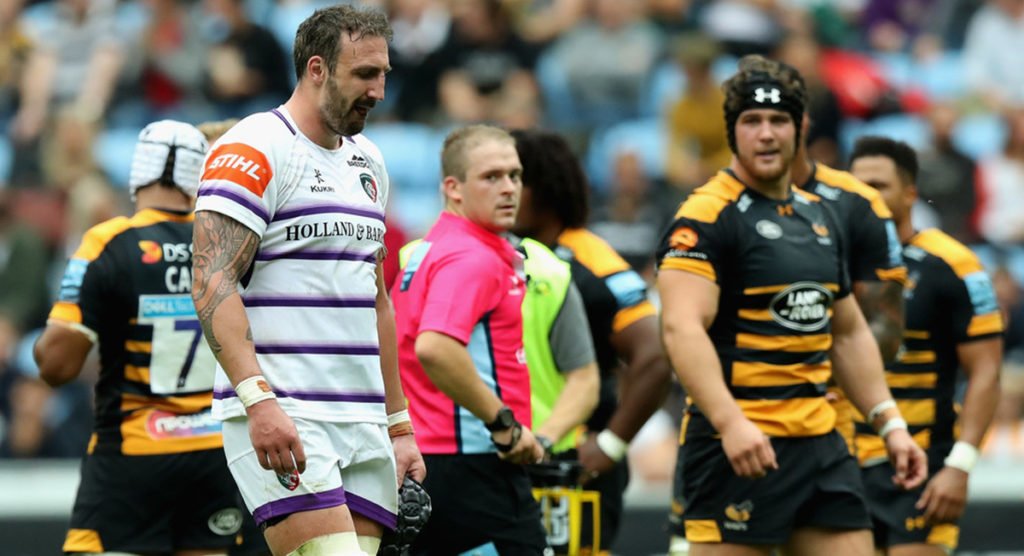 Leicester Tigers lock Will Spencer has received a ban following his red card for a high tackle against Wasps last weekend. He faced a disciplinary hearing last night and while some felt that even a red card was harsh, he has been handed a suspension that is sure to anger coach Geordan Murphy.

Murphy was outspoken about the incident post-match, stating that rugby had gone too politically correct.

Spencer was shown a straight red card by referee Ian Tempest for the hit on Tommy Taylor, leading to Leicester Tigers skipper Tom Youngs commenting at the time: “Rugby has changed”.

While fans have been divided on the issue, the laws are quite clear these days and any contact with the head, particularly with force, will result in punishment.

And that was exactly the case at the disciplinary hearing, as an independent panel upheld the charge against Spencer and he was given a four-week suspension.

Panel chair Euan Ambrose said: “The panel considered carefully the oral evidence of the player, the written evidence of Tommy Taylor and the Wasps’ medical report, alongside the video footage and found on the balance of probabilities that this was a reckless tackle that resulted in direct, forceful contact to the head of Tommy Taylor.

“The panel rejected the player’s evidence that any contact with the opposition player had been limited to the top of his shoulder with no contact being made to his head. Given that finding, the mandatory mid-range entry point was applied.

“The player was given credit for his previous clear record, his conduct both at the hearing and his acceptance of the on-field decision and his off-field references which reduced the sanction to 4 weeks.

“He was not eligible for the full credit due to his not guilty plea.”

4 weeks? It was high yeah but surely getting red carded and a automatic 1 week suspension would’ve been fair. https://t.co/7lznANxdn4

Former Ireland international Alan Quinlan had a lot to say about the incident on the Off the Ball podcast, saying he strongly disagrees with Murphy’s view that rugby has gone too pc.

“Emotions were high but saying it’s gone too PC is the wrong message that’s being sent out,” said Quinlan. “It was a red card all day long, in my opinion.”

Watch below, starting with audio of Murphy after the game.

Below are the full match highlights, including the incident (at 1:07). UK viewers can see a longer version of the incident in our original post about it.