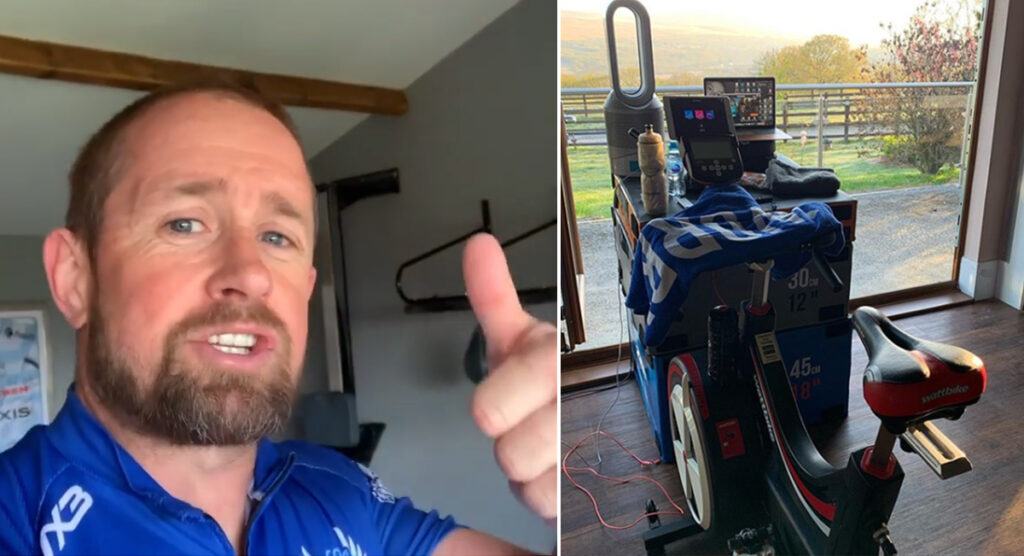 The former winger has joined Thomas in raising money for the NHS by doing twelve-hour cycling shifts for the next three days from their own homes, with the help of indoor cycling app Zwift.

Only just started and blowing! @gozwift To donate go to @geraintthomas86 social media accounts and go to his #gofundme pages. Too tired to find them at the moment 😂 @nhswebsite Diolch x

A GoFundMe page has been set up for this campaign by Thomas, with the total raised standing at £85k at the time of writing, and still very early in the ride.

It is also possible to log on to Zwift and join him on his course.

Getting a bit nervous now!! 😬 #GsNHSZwiftShifts If you want to join me on any of the rides you can sign up over on @gozwift. You can find out more about the rides and donate at the link in my bio. See you all tomorrow!

After retiring from international rugby in 2011, Williams continued to play for the Ospreys and Japanese outfit Mitsubishi Dynaboars until 2014, but has since competed in Ironman Wales alongside Gareth Thomas.

With that said, 36 hours of cycling across three days is still a Herculean task for any athlete, including a professional cyclist.

Williams is not the first person within the rugby world to raise money for charity during the coronavirus pandemic, as his 2008 Grand Slam triumph winning captain, Ryan Jones, recently completed a marathon in his garden.

The duo have been providing updates on social media, and will continue to do so over the course of the next three days. To donate, go to G’s NHS Zwift Shifts organized by Geraint Thomas