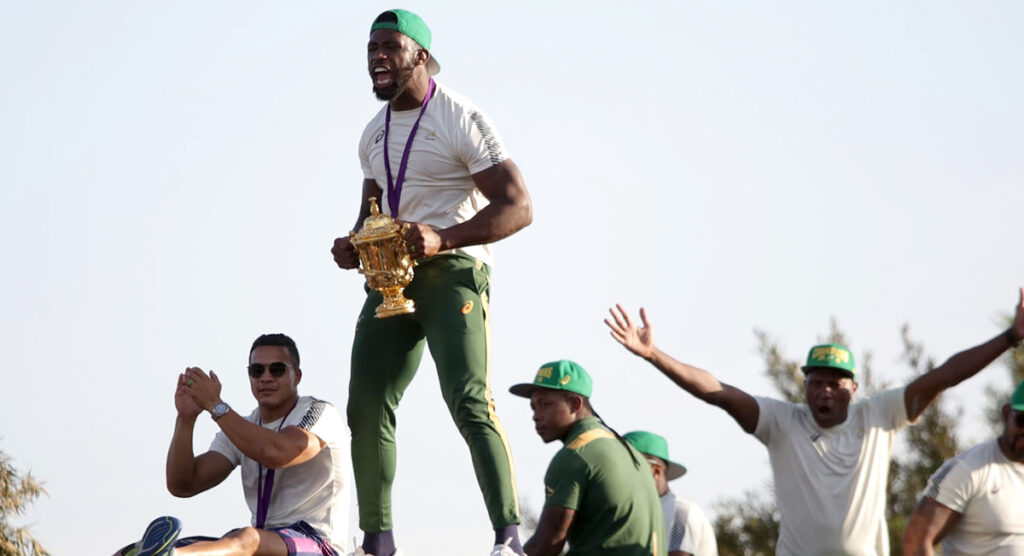 South Africa have committed to the Rugby Championship after withdrawing from the 2020 tournament. The Springboks, who had been the subject of reports that they were looking to join the Six Nations in 2024 after the next World Cup, will be part of a new-look 12-match tournament format also involving Argentina, Australia and New Zealand.

South Africa withdrew from the 2020 edition of the Rugby Championship due to fears over player welfare amid the coronavirus pandemic, leaving the others to compete in the Tri Nations Series.

“We welcome the changes announced to the Castle Lager Rugby Championship with our SANZAAR partners and we are looking forward to see what the new strategic plan for the competition entails, with possible international expansion on the cards,” SA Rugby’s chief executive Jurie Roux told the Union’s official website.

“Although we had to change our domestic focus, we still have a long history with the All Blacks and Wallabies as well as a long-standing friendship with the Pumas and we look forward to more world-class Test rugby.

“Ever since the Tri-Nations was first contested in 1996, and more recently the Castle Lager Rugby Championship from 2012, a team from the southern hemisphere has won the Rugby World Cup five out of six times – which is testimony to the high quality of Test rugby played on this side of the equator.”

SANZAAR chief executive Andy Marinos said: “The re-commitment by the four unions to the long-term future of the international game is an important start as we embark in a new direction for both the unions and the organisation over the coming years.”

Argentina, Australia, South Africa and New Zealand will play each other home and away through the new mini-tour match schedule that was adopted in 2019.