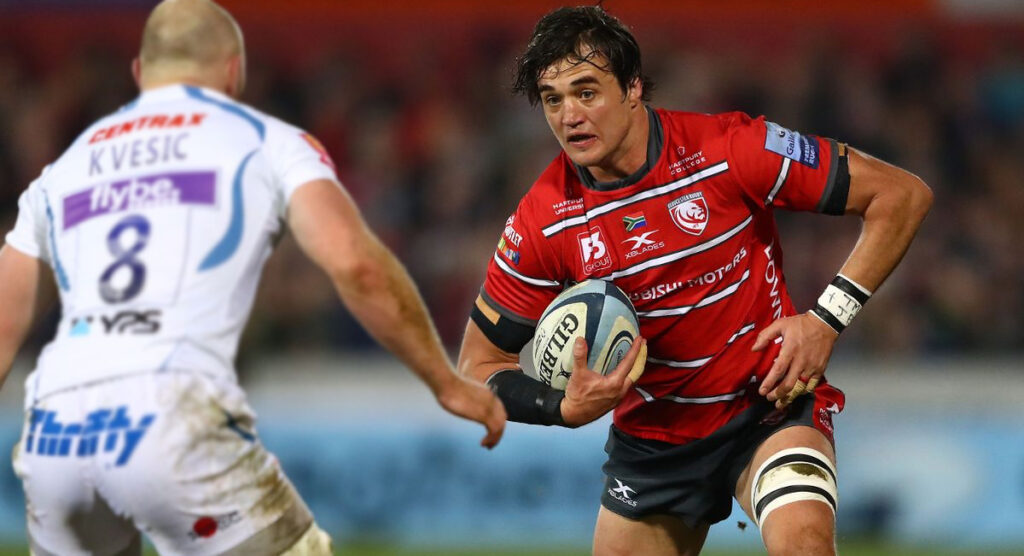 South Africa and Gloucester second row Franco Mostert is the latest player to say goodbye to his club as contracts are running out across the Gallagher Premiership.

It was announced in May that the 29-year-old would be leaving the West Country outfit at the end of the season in favour of another stint in Japan’s Top League, this time joining Honda Heat, having previously played for Ricoh Black Rams.

With contracts expiring at the end of June for many players, the Springbok shared this message on Instagram:

“The memories I made at Kingsholm will stay with me and my family forever. Thanks to all the Gloucester Rugby fans for the amazing support you guys gave me. You will be missed.”

The memories I made at Kingsholm will stay with me and my family forever. Thanks to all the @gloucester_rugby_fans for the amazing support you guys gave me. You will be missed. #blessed #gloucesterrugby

The 39-cap Springbok is not the only Gloucester player on his way to Japan from Kingsholm at the end of the season, as former head coach Johan Ackermann has taken over NTT Docomo Red Hurricanes, and has been joined by Owen Williams, Tom Marshall and Franco Marais. This means the club will certainly have a new complexion when the league resumes in August.

Having arrived at Gloucester from the Lions ahead of the 2018/19 season, the Rugby World Cup winner was part of an influx of players, which included Danny Cipriani and Matt Banahan, that helped guide the Cherry and Whites to the Premiership playoffs in their first season.

Much like his compatriot Cobus Reinach’s time at Northampton Saints, Mostert’s stint with Gloucester was brief but effective, and his form earned him his place in Rassie Erasmus’ RWC squad in Japan last year, where he came off the bench in the final victory over England.

With no rugby played in months as a result of the COVID-19 pandemic, Mostert’s final game for Gloucester was a 39-22 loss to Wasps at the Ricoh Arena in March, which left Gloucester in ninth place in the league.