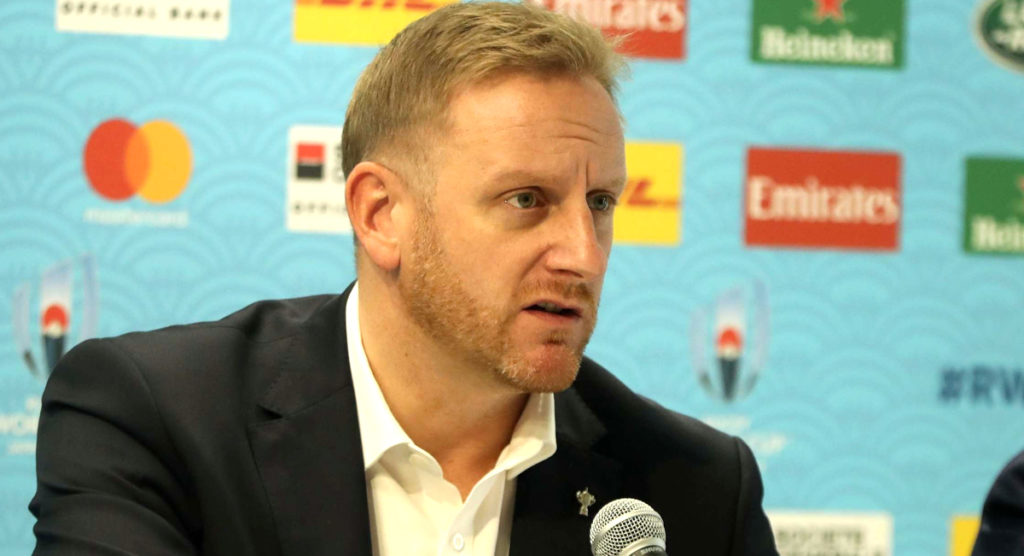 World Rugby have reacted to the comments made by the Scottish Rugby Union following the decision to cancel two world cup games, and consider canceling a third, which would knock Scotland out of the tournament.

After World Rugby on Thursday announced that they decided to cancel two pool matches due to Typhoon Hagibis, resulting in draws and two points for each team, Scotland could be facing an exit if their crunch match with Japan suffers the same fate.

Today Scottish Rugby’s Mark Dodson said: “World Rugby have pointed us back to the participation agreement and that it is clearly stated there. We’ve had a legal opinion and then we’ve taken a leading sports QC opinion in London that challenges that and unravels the World Rugby case.”

“We don’t want to get in some sort of legal arm wrestle with World Rugby, but our view is it doesn’t sit right with us, we don’t feel it’s just, we feel there’s other ways,” the chief executive said.

“I think most people feel that if it had been an economic powerhouses – let’s say New Zealand – perhaps more thought would have been given to a flexible approach.

“I think in the court of public opinion, we’ve already won. Right from the get go, we said we will play any place, anywhere, behind closed doors, in full stadiums. We will travel the length and breadth of Japan.

“We have spoken to the Japan Rugby Football Union and they are keen for this game to go on. What we’re asking for is a common-sense approach that allows this game to be played in perfect safety 24 hours after the storm clears.”

The sport’s governing body said that they were disappointed with the view of the Scots.

“It is disappointing that the Scottish Rugby Union should make such comments at a time when we are doing everything we can to enable all Sunday’s matches to take place as scheduled, and when there is a real and significant threat to public safety owing to what is predicted to be one of the largest and most destructive typhoons to hit Japan since 1958.

“Along with the 19 other teams, the Scottish Rugby Union signed the Rugby World Cup 2019 terms of participation, which clearly state in Section 5.3: “Where a pool Match cannot be commenced on the day in which it is scheduled, it shall not be postponed to the following day, and shall be considered as cancelled. In such situations, the result shall be declared a draw and Teams will be allocated two Match points each and no score registered.”

“As outlined during Thursday’s media conference in Tokyo, the core principle that could enable us to explore a departure from the terms of participation, is a fair and consistent application of the rescheduling for all teams in a safe environment for teams, fans and essential match services.

“The sheer predicted scale and impact of the typhoon, and the complexity of team movements for eight matches, meant that an even-handed application was just not possible without putting safety at risk. Therefore, it was the fair and correct decision for all teams to maintain the position outlined in the terms of participation.

“It would be inappropriate to make further comment at a time when we are fully focused on the safety of everyone and this weekend’s matches.”

A decision will be made soon on whether the Japan vs Scotland match will go ahead or not.