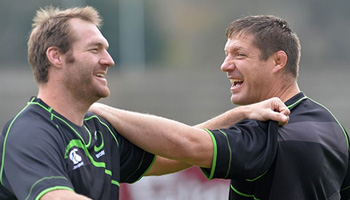 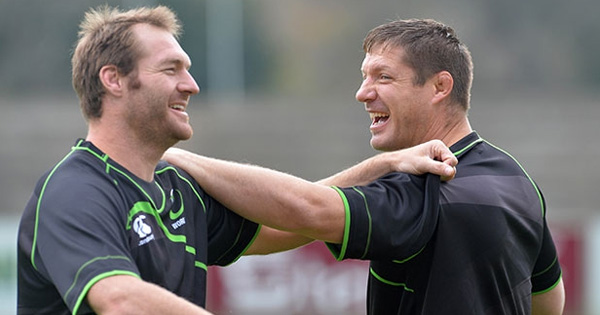 Former Springbok second rower Bakkies Botha will take the reigns when a World XV with a strong Toulon influence take on South Africa in Cape Town on Saturday. Botha will go up against long time locking partner Victor Matfield, who will captain the Springboks.

Brothers Steffon and Delon Armitage, both at Toulon, will be out to prove their mettle yet again, while Mike Harris and Luke Burgess will form an Australian halfback pairing.

“For a long time Bakkies has been a huge presence in the game here so it’ll be a real occasion when he leads the World XV out against his country. He’s really enjoyed this week, mixing with those he’s played against and he’s been a big contributor in helping the group come together. He was leading before he was appointed leader,” Deans said.

Up front Ali Williams and Carl Hayman will bulk up the pack, in both weight and experience. Williams has said that his Toulon teammate, Botha, is a different person off the field.

“Bakkies is a guy I played against for so long, but we’ve become really good mates. He’s a great man and a completely different character to what a lot of people see on the field, when he’s in the role of enforcer.”

Botha has hinted that they won’t be holding back against the Boks though, who have the likes of Jean de Villiers making a miraculous return, from the bench.

“We are not here to party. We are here to play as well. Hopefully we can ask all the questions that need to be asked. The Boks have a plan that they’ve bought into and we need to ask questions of their defence and attack.

“That is the only way you can prepare yourself for the World Cup,” Botha said.