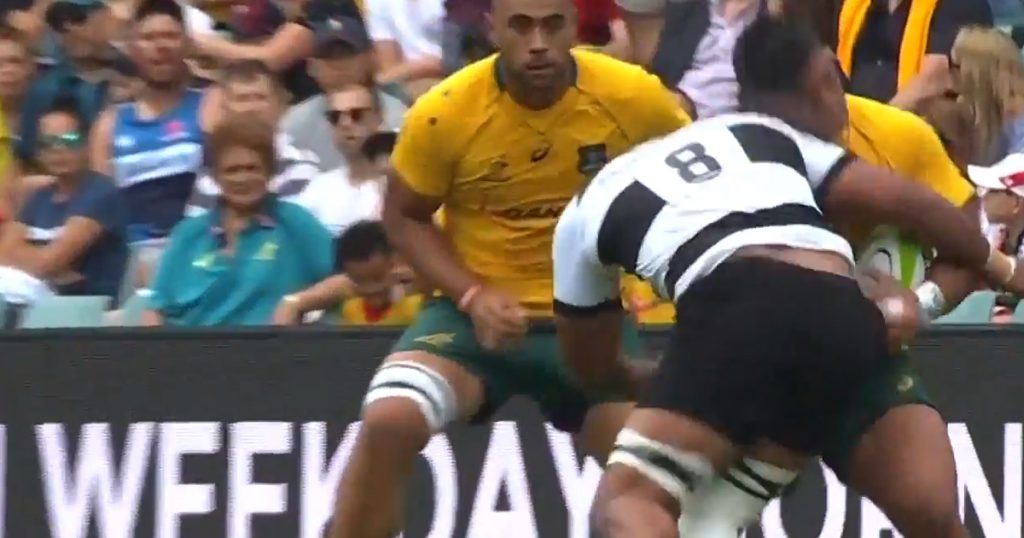 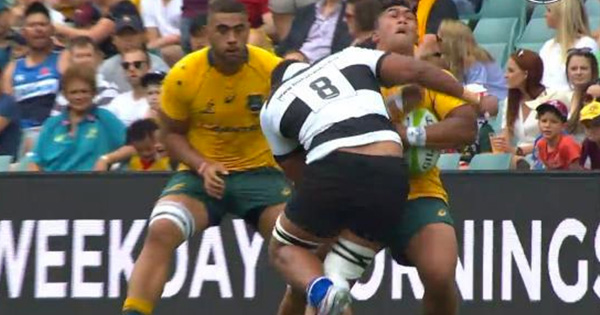 In typicial fashion, the Barbarians displayed their entertaining brand of rugby against the Wallabies over the weekend. There were several memorable moments from the match, perhaps none more so than the thunderous demolition of young hooker Jordan Uelese by former Wallaby number eight, Cliffy Palu.

This was made all the better by the fact that it wasn’t a forward picking on a much smaller back a split-second after he’d made a pass.

Weighing in at around 120kg, the massive hooker certainly isn’t any kind of lightweight. Palu also tips the scales around the 120kg mark and was able to get his timing and feet set perfectly for maximum effect. It’s certainly a shot the youngster will remember for a very long time.

It was always going to be an opportunity for Cheika to blood some younger players, thereby providing a strong development opportunity. The Barbarians were happy to oblige and came out swinging, eventually taking a 21-12 lead into halftime.

However, the second half belonged to the Wallabies. They outscored the Barbarians three tries to one in a thrilling half that included some heroics from Quade Cooper, with his brilliant cross-kick pass, and from Stephen Moore, who scored the last of Australia’s tries to secure the 31-28 victory.

News was not all good for Australia, however, as they’ve lost Jack Dempsey – who was man of the match in their win over the All Blacks a little over a week ago – with a torn hamstring. His season is now over, thus taking him out of Australia’s upcoming Spring Tour.