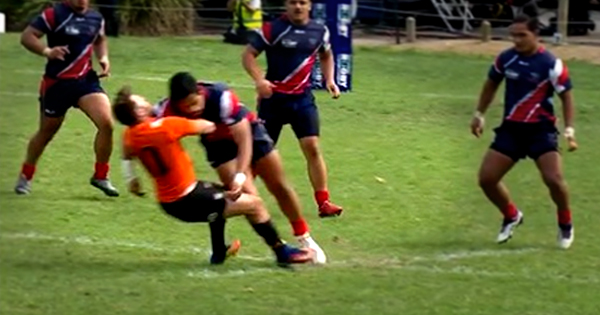 Round eight of Australia’s National Rugby Championship came to a close with a NSW Country Eagles seven tries to three bonus point win over Melbourne Rising, moving them up to fourth on the table. The tackle of the match came late in the game, due to an unforgiving hospital pass.

Eagles number ten Tayler Adams got a ball and all pass and was well and truly cleaned up by 110kg’s Melbourne Rising replacement back Angelo Leaupepe, who is just 20-years-old.

Leaupepe actually came off worse for wear, as there appeared to be some head on head contact, but as caleld by the commentators at the time, it’s definitely one of the biggest hits of the season.