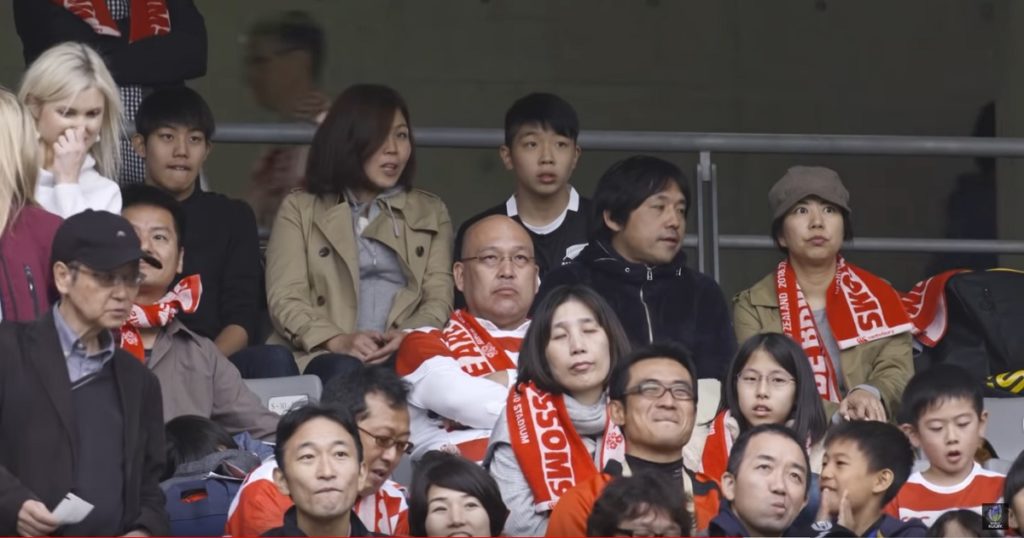 A third string New Zealand side beat next year’s World Cup hosts Japan 69-31 last weekend, but for one family, the match was more than just seeing their country take on the number one side in the world.

The Horage family from Nagareyama City in the north of the country made an epic trip southwards to Tokyo to not only support their own team, but to catch a glimpse of the All Blacks for the first time.

It is a great insight into how much the Japanese love their rugby and the match, which drew Japan’s largest attendance at over 40,000, is yet more proof that the country is embracing its hosting of the World Cup.

One of the Horages, Shunsaku, was particularly looking forward to the match and even wore the All Blacks jersey while supporting his home country, such is the respect and appreciation for New Zealand in Japan.

Despite succumbing to a far from full strength All Blacks side, Japan were impressive in their attack and only trailed the visitors by 38-19 at the half-time break. They scored more tries in the second period during a match which suited both squads; a fast, free-flowing encounter with plenty of tries for each.

The passion and knowledge – of Shunsaku and brother Yusaku – has typified Japan’s excitement for rugby at the moment and for good reason. They are more competitive than ever and sit just outside the top 10 in the World Rugby Rankings, three places ahead of 6 Nations stragglers Italy.

Japan may be a fair distance away from the top sides in the world, but it is a nation on the rise rapidly. Its flagship club franchise the Sunwolves have shown much stronger form in Super Rugby and its domestic league has been bolstered by star signings from New Zealand, South Africa and Australia for the past 10 years.

Its strong showings on the international scene, boosted no end by its famous World Cup victory over South Africa in the last tournament, has given Japan a real shot in the arm. With the squad continuing to draw in more and more fans, both existing and new, there is a sense of real expectation come this time next year.