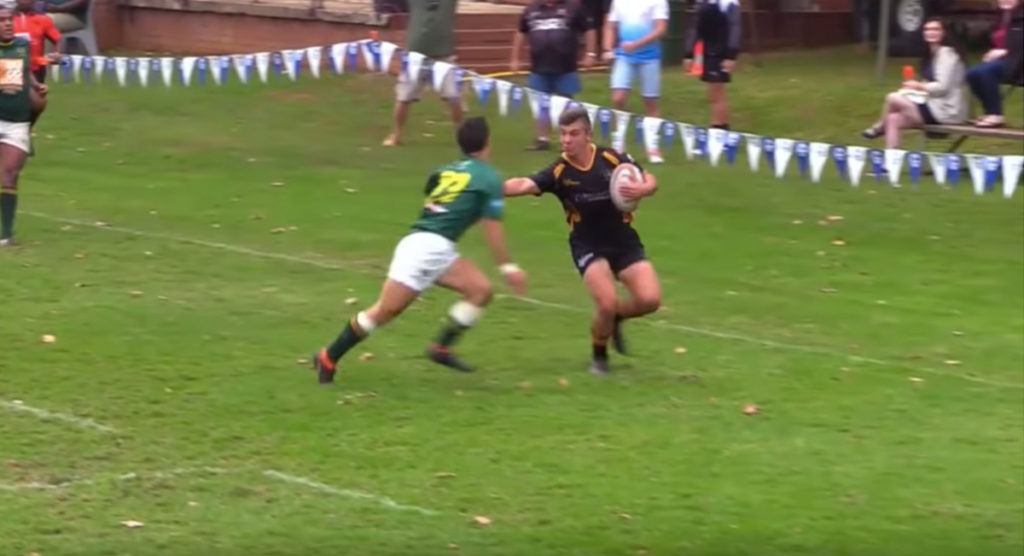 One of the most exciting matches from the last few days was played between EG Jansen and Glenwood High School in the Kearsney Easter Rugby Festival in Durban, South Africa. One of the match highlights belonged to EG Jansen hooker Kyle Pepler.

However, despite his brilliant try, Glenwood claimed the dramatic 27-26 win at the death.

Pepler’s 60-metre try came about as EG Jansen looked to move the ball out wide. A Glenwood player appeared to get a hand on a pass, but the result was a two-on-one outside with Pepler flying up the wing to finish his try with an emphatic fend off and impressive tight-rope walking skill.

Sadly for Pepler and EG Jansen, Glenwood had plenty of late-match drama of their own.

Trailing by six at the end of regulation time, they converted a timely turnover into five points with a try. The rest was down to fly half Jordan Hendrikse. Seizing the chance to be a hero, he slotted the conversion perfectly to seal the win.