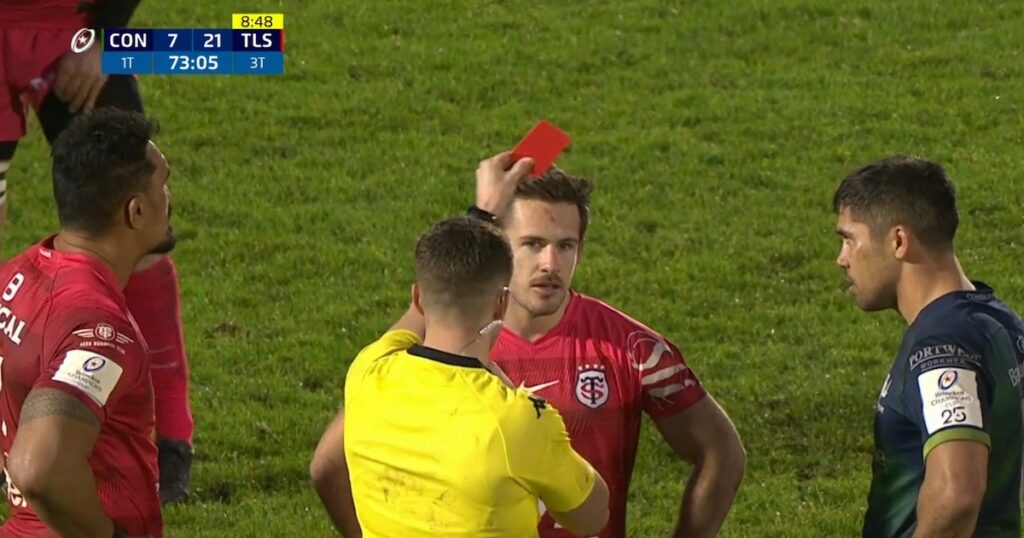 Toulouse booked their place in the European Champions Cup quarter final with a scrappy 21-7 victory over Connacht at the Sportsground in Galway, despite finishing the game with 13 players.

The visitors lost fly-half Zack Holmes to a red card after a high challenge on Connacht full-back Tiernan O’Halloran with seven minutes of the match remaining, shortly after Yoann Huget was sin-binned.

It’s not the first time Holmes has seen red in the Champions Cup, having been given his marching orders in last season’s quarter final clash with Racing 92 in Paris.

The incident came after Holmes and team-mate Sébastien Bézy each attempted to haul down O’Halloran, with the former’s shoulder hitting O’Halloran’s neck, leaving referee Luke Pearce no other option but to show the red card.

Toulouse scored three tries but missed out on the bonus point despite dominating possession in the second half. But this hardly mattered as a win was enough to secure a place in the last eight a round early.