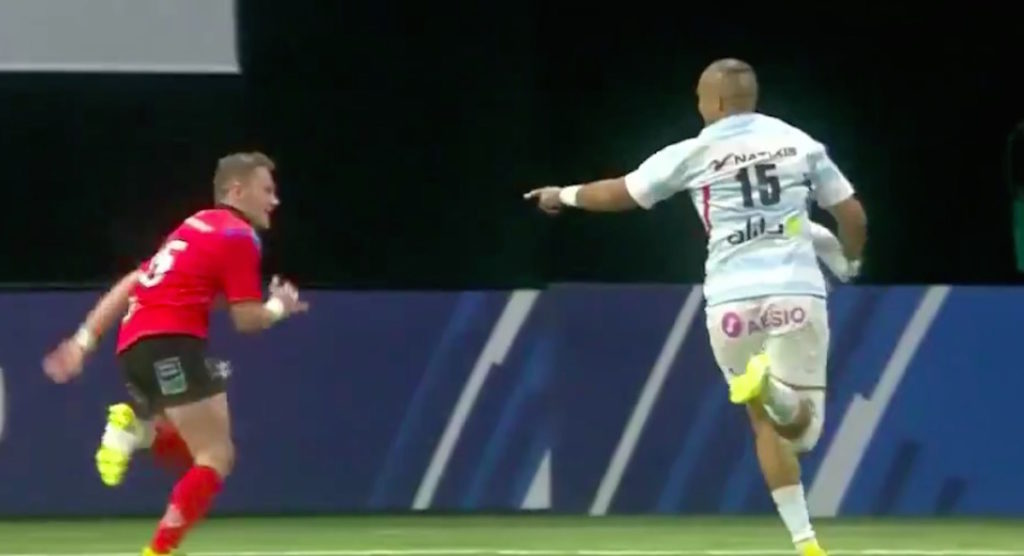 Former Ireland and Racing 92 full back Simon Zebo has apologised after taunting Ulster’s Michael Lowry before scoring a try in the Champions Cup.

Zebo waved his finger at Lowry as he ran in Racing’s fifth try in the 76th minute to round off a 44-12 win for the French side in the second round of the competition.

Really sorry to Michael Lowry
Got too excited and I don’t do stuff like that as long as I’ve played.
I wouldn’t like my kids doing that and I’m disappointed in myself ..
Made a mistake, not in the spirit of the game..keep up the great work
Sorry again

After scoring the try, Zebo was approached by referee Nigel Owens who said: “I don’t think you need to do that, so I suggest you apologise.”

Following the match Zebo took to social media to formerly apologise. The 27-year-old signed for Racing 92 from Munster last year on a three-year deal worth a reported €700,000 a year.

Racing now sit top of Pool 4 and in last year’s competition reached the final in Bilbao, losing 15-12 to Leinster.

The following video is only available to UK viewers