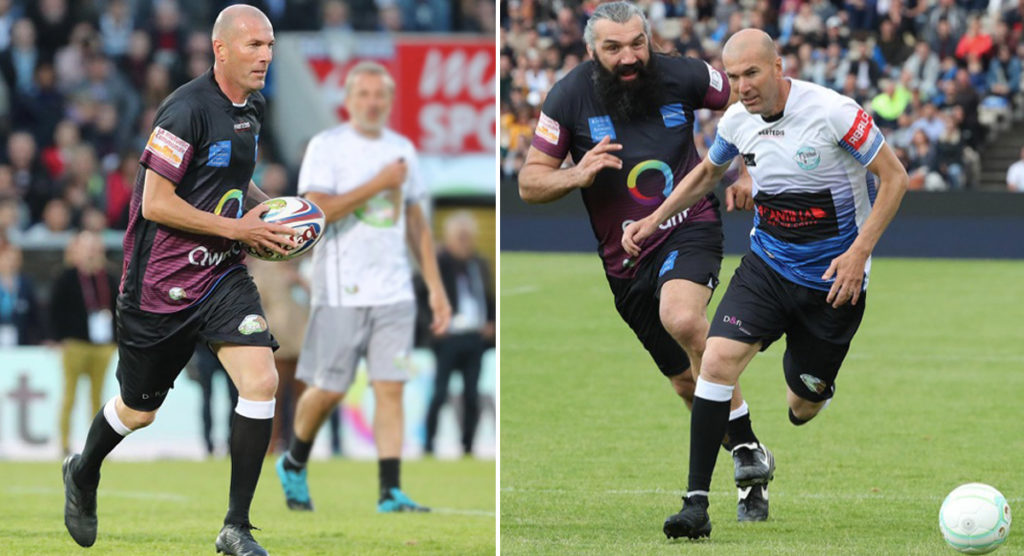 French sporting stars Sebastien Chabal and Zinedine Zidane went up against each other in Bordeaux recently for the “Match des Legendes” rugby-football charity match to raise money for sick kids.

The charity, founded by ex-international goalkeeper Pascal Olmeta in 2007, donates all profits generated from the match going straight to the Association Pascal Olmeta. The charity’s slogan “Un sourire, un espoir pour la vie” aims to give children “a smile [and] hope for life.”

The hybrid rugby-football match – with a half dedicated to each sport – made its first appearance on the West coast of France, at the Stade Chaban Delmas in Bordeuax having previously been played at the Stade Felix Mayol in Toulon and the Stade Velodrome in Marseille in recent years.

Ostensibly, the match was to be played between the FIFA World Cup winners of 1998 and the Rugby World Cup runners-up from 1999, but each side featured an array of recently retired players as well as some figures from other sports.

“Zizou” is perhaps best-known in his playing days for his free-kicks, but the former Real Madrid manager proved just as good off the rugby kicking tee, with an impressive touchline conversion attempt. It landed just short of the posts, but it was still a great effort.

The “99” team won the match comfortably in the end, with former Toulouse centre Jauzion showing he had not lost any of his pace or flair in securing the final try of the encounter. His side ran out 22-12 victors.

Watch the “Rugby half” in full (with French commentary)