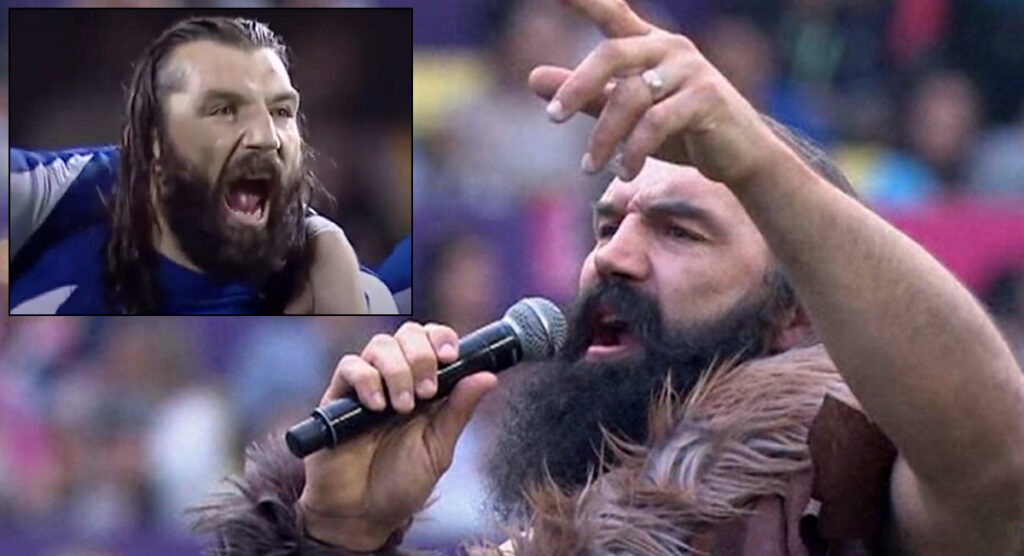 He may be better known for his work with French TV these days, but former France internationalist Sébastien Chabal’s impact on the game in the past 15 years has been, like the man himself, immense.

Dubbed “the Caveman”, Chabal burst onto the international scene properly in 2006, before starring in the World Cup on home soil the following year. A ferocious tackler and an equally potent try scorer, here are five unforgettable moments from the big man.

France were up against it after a shock defeat to eventual third place finishers Argentina on the opening night and needed a strong performance against Namibia in Toulouse to bounce back into contention. Chabal played a big role in their 87-10 victory, scoring an absolute ripper of a try from the half-way line in the process.

Prior to the World Cup, Chabal scored a similar try in a tournament warm-up match against England at Twickenham. The back-rower showcased his upper body strength in the tackle by evading two tackles to barge over for the score.

A key element of what made Chabal a terrific player was his bulk and ability to snuff out any attacking threat. At 6ft3 and nearly 115kg, Chabal packed a punch and as seen below, floored Leinster’s Jamie Heaslip with ease.

Perhaps the most famous Chabal tackle was his effort against the All Blacks in 2007 when he temporarily knocked out future Racing 92 team-mate Chris Masoe. It set a precedence for future appearances and gave Chabal a fierce reputation on the field.

In the second Test against the All Blacks, in Wellington, Chabal etched his name into folklore with another trademark carry, that time flying straight into second row Williams. The lock’s jaw was shattered in several places as a result, and he had surgery the day after the match.

Having retired from professional rugby in 2014, Chabal quickly moved into TV punditry but also appeared in some strange places, such as this cameo at the Hong Kong Sevens last year. Answers on a post card please.

These are just a few of the countless Chabal moments that shocked or delighted fans. We have many in our archive so feel free to do a little search for ‘Sebastien Chabal’, and you may be surprised at what you find! An example? That time Sebastien Chabal knocked Marc Giraud out with a slap