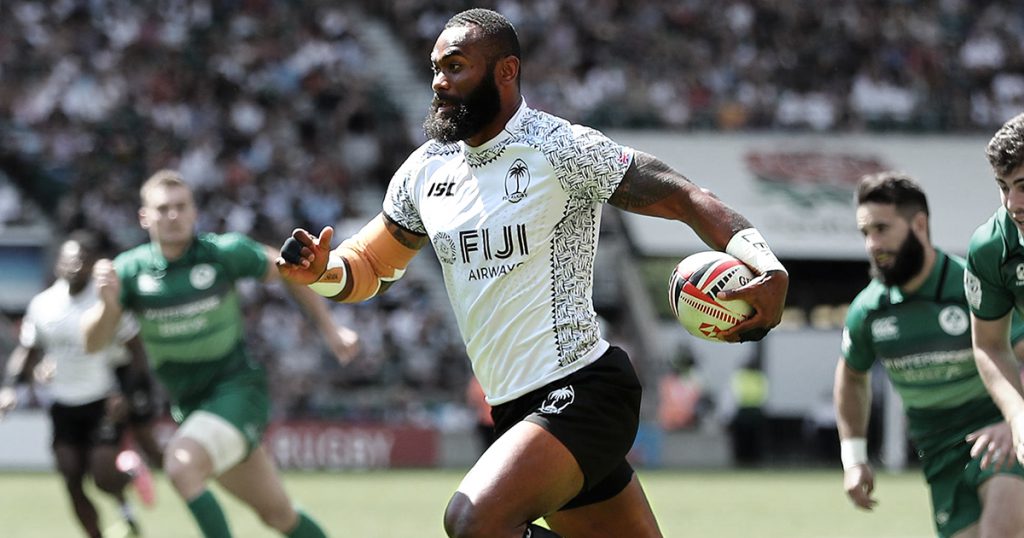 Fiji overcame closest rivals South Africa 21-17 in a thrilling final of the HSBC London Sevens at an exuberant Twickenham Stadium to claim their fourth successive tournament victory and extend their lead at the top of the HSBC World Rugby Sevens Series.

The result sees Fiji take a seven-point lead over South Africa in the standings going into the 10th and final round of the series in Paris from 8-10 June.

Invitational team Ireland created history by beating hosts England 21-19 to claim the bronze medal with a last gasp try from the outstanding Jordan Conroy, his eighth of the tournament, followed by a stunning conversion from the side-line by Mark Roche.

Fiji had seen off Ireland in the semi-finals by a margin of 38-12, while South Africa reached the final courtesy of a 29-19 semi-final victory over England.

Over 81,000 fans were in attendance across the weekend and were treated to a sun-soaked showcase of exciting rugby sevens action as Fiji continued their recent unstoppable form.

Toulon star Semi Radradra won the HSBC Player of the Final award and after receiving his medal from World Rugby Chairman Bill Beaumont, said: “I found it tough today but I got help from the boys and was hanging in there. I know we trust each other and finally we got the win.”

Earlier in the day New Zealand secured fifth place with a comprehensive 26-5 victory over USA, while Kenya beat Wales 33-19 to finish in ninth position and lift the Challenge trophy.

Attention now turns to the final round of both the men’s and women’s HSBC World Rugby Sevens Series in Paris from 8-10 June.

With only seven points separating the top two in the men’s standings, and Australia leading arch rivals New Zealand by just four points in the women’s standings, it promises to be an exciting finale to the series.