A Look Back At The Perfect Season, and ahead to 2014 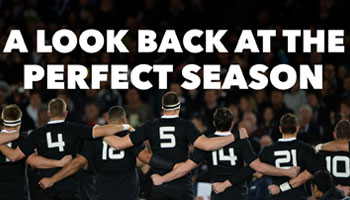 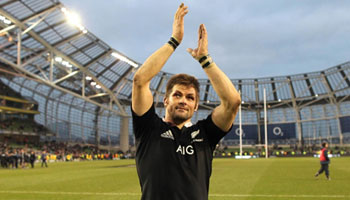 The All Blacks won every one of the 14 matches they played this year, achieving the first perfect season of the professional era. Yesterday their schedule for 2014 was confirmed, where they will play six home Tests and host England for a series.

They play England on 7 June at Eden Park, 14 June in Dunedin, and 12 June in Hamilton. Touring New Zealand for the first time since 2008, England will also play a midweek game vs the Crusaders.

“We are very excited to be hosting England next year,” said NZRU Chief Executive Steve Tew.

“England have proven in recent matches with the All Blacks just how tough an opponent they are so we hope this series will be a huge draw card for fans.

“It’s great to be taking England to Dunedin. I am sure they have plenty of fond memories from their time there during Rugby World Cup where they played three matches.

“England, like France last year, were keen to add a mid-week match to their itinerary so it’s great that we can provide them a high quality opponent in the Crusaders after the second Test in Dunedin,” he added.

A Look Back At The Perfect Season, and ahead to 2014 | RugbyDump - Rugby News & Videos