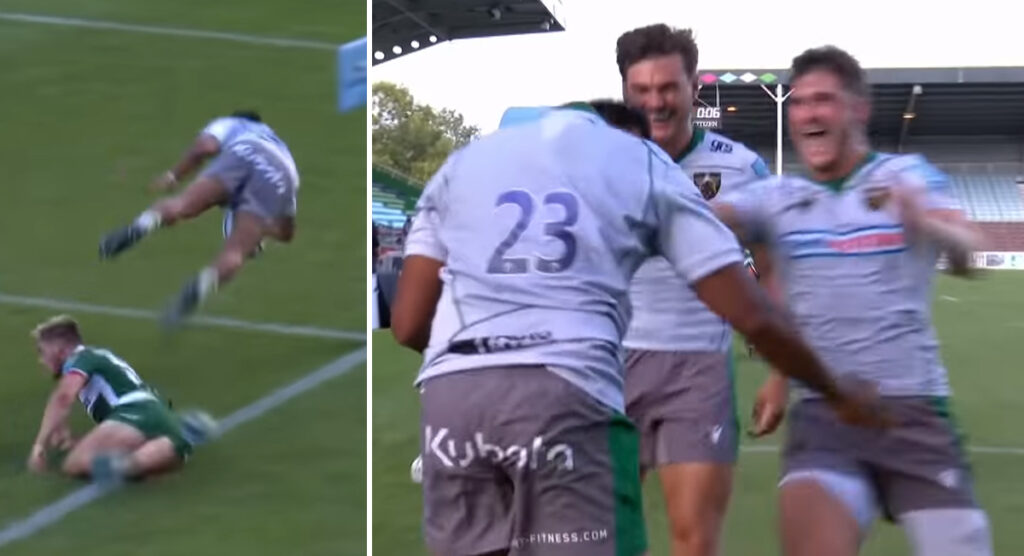 On the eve of his 31st birthday, Northampton Saints flyer Ahsee Tuala scored a stunning try to finish the job for his side as they dismissed London Irish with an impressive 27-3 showing at the Stoop. Scores were tied 3-3 at the break.

Tom Collins scored a great try of his own before an outstanding Tuala finish down the right hand wing.

The win was capped off by the skilful finish from Tuala, who beat two tackles then tip-toed down the wing before leaping to finish with precision.

The bonus-point win boosted their hopes of a top four Premiership finish.

“There are eight genuine contenders for the top four spots and it will go down to the wire,” said Saints Director of Rugby, Chris Boyd.

“I thought we played a lot of rugby with not a lot of reward for it in that first half but I was always confident we would turn it into points if we continued to play the way we were.

“It took us four or five scrums with penalty awards before we collected the penalty try, which took considerable time out of the game and eventually it was to left to Alfie (Tuala) to scrape in at the death to give us a valuable bonus point. It was a decent effort from him.”