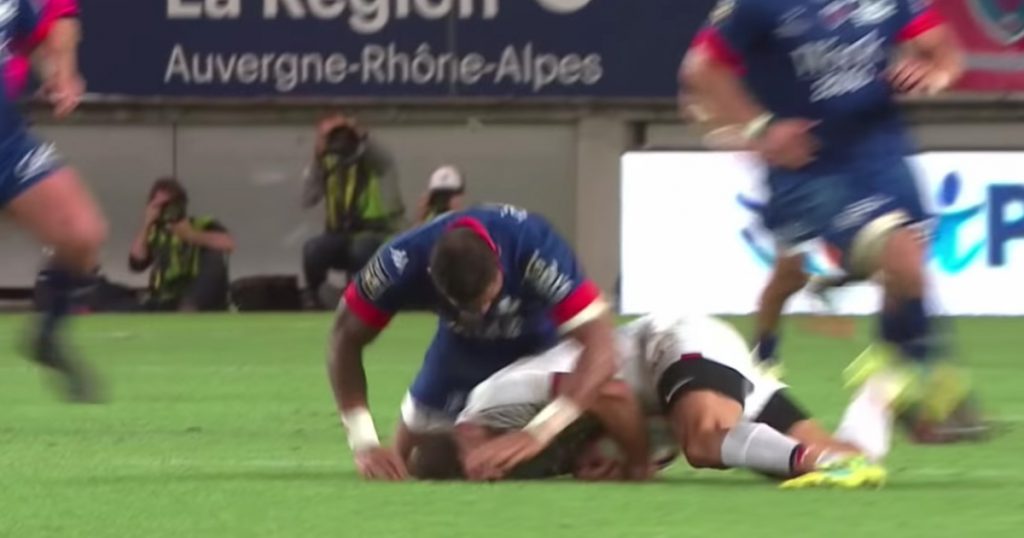 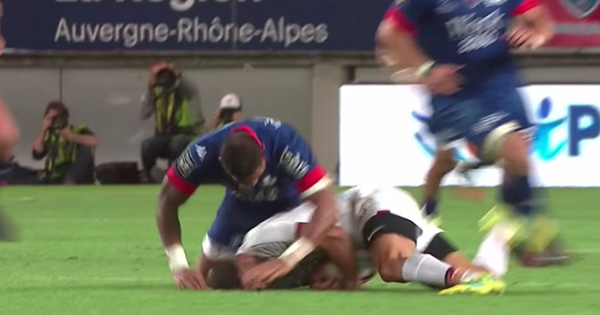 Grenoble’s Alaska Taufa was punished for this massive hit on Toulouse’s Romain Ntamack in their match on Saturday. After some deliberation, the tackle was deemed too dangerous by the referee, and the Tongan international left the field.

It’s become business as usual in the Top 14, it would seem. Another week, yet another perplexing yellow or red card. First it was the much-maligned red card issued to Sergio Parisse for essentially standing his ground.

Malakai Fekitoa was also given a perplexing yellow card – much to his surprise – after a seemingly legal tackle against Racing. Both of these examples have left players and fans scratching their heads.

Then enter Taufa’s tackle. Was this indeed a dangerous tackle? As this was deemed dangerous, it seems the line between legal and dangerous is getting ever thinner.

It seems more and more cards are being given based on things such as speed and force of hit, not whether a tackle was actually illegal.

Thankfully, common sense has not been completely abandoned as Parisse’s card was ultimately overturned. Player safety is paramount, but big hits are part of the game. It’s going be a long Top 14 season if this trend continues.