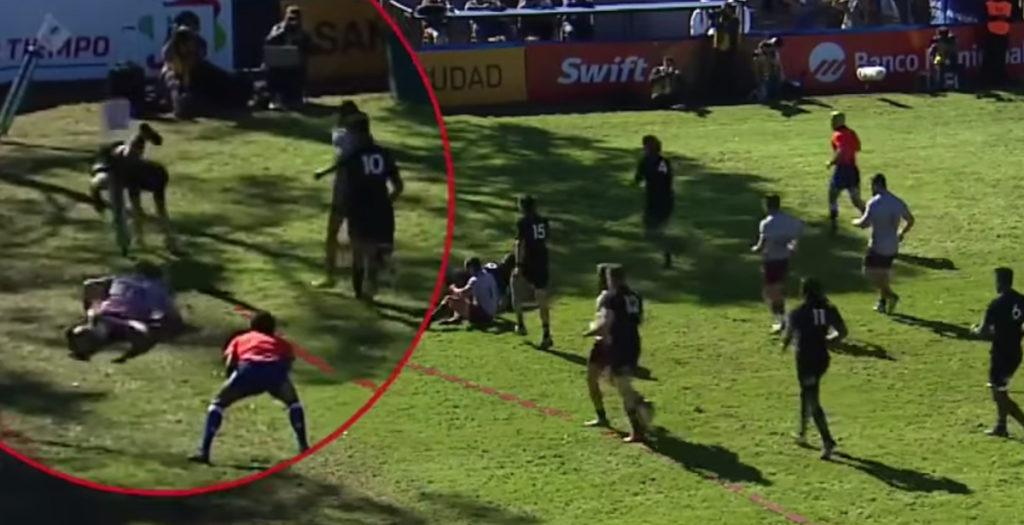 New Zealand flanker Kohan Herbert finished off a spectacular try against Georgia in the World Rugby U20 Championship.

The 19-year-old openside flanker got the ball five metres from the opposition try line and produced an acrobatic dive in the corner to score a try that any top flight winger would be proud of.

The move was started on the halfway line when blindside flanker Samipeni Finau made a clean break and headed for the left corner of the pitch.

Finau was brought down inside the Georgian 22-metre line and after a series of offloads, Herbert was able to dive over the line to score the All Blacks’ fourth try of the game en route to a 45-13 win.