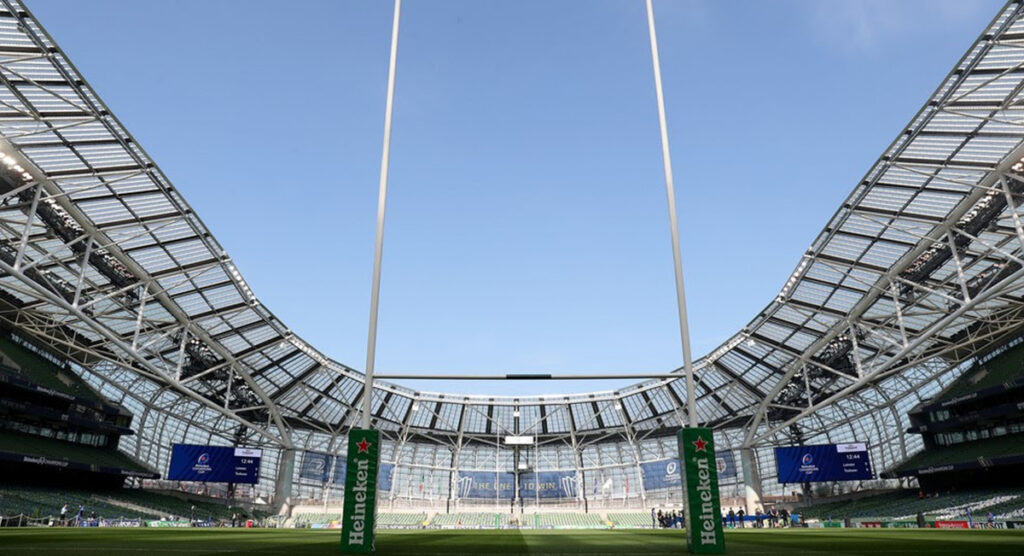 Following the postponement of the knockout stages of its tournaments due to the COVID-19 pandemic, EPCR have now announced the new dates, kick-off times and TV coverage for the Heineken Champions Cup and Challenge Cup quarter-finals.

The 25th anniversary season of the Heineken Champions Cup will resume with what promises to be a monumental clash between No 1-ranked Leinster Rugby and holders, Saracens, at the Aviva Stadium on Saturday, 19 September live on BT Sport who will be broadcasting all four quarter-finals.

Immediately after the Leinster-Saracens confrontation, ASM Clermont Auvergne and Racing 92 will go head-to-head at Stade Marcel-Michelin where Clermont have only lost once in five top flight quarter-final matches, however, that defeat was at the hands of the Parisians in 2018.

Then on Sunday, 20 September, four-time winners, Toulouse, will be up against Ulster Rugby at the 33,000-capacity Le Stadium live and free-to-air on Channel 4 and Virgin Media followed by the meeting of No 2-ranked, Exeter Chiefs, and Northampton Saints at Sandy Park.

Eight former winners of EPCR’s tournaments – Clermont, Leicester Tigers, Leinster, Northampton Saints, RC Toulon, Saracens, Toulouse and Ulster – with as many as 24 titles between them, remain in contention for European silverware and the eagerly-anticipated quarter-finals weekend will kick off on Friday, 18 September with the Challenge Cup clash of No 2-ranked Bristol Bears and the Dragons at Ashton Gate live on BT Sport.

The following day, Bordeaux-Bègles are at home against Edinburgh Rugby and No 1-ranked, RC Toulon, take on Scarlets at Stade Chaban-Delmas at Stade Mayol respectively with the Toulon-Scarlets tie also broadcast live in Wales on S4C.

The last of the Challenge Cup quarter-finals on Sunday, 20 September pits Leicester Tigers against Castres Olympique at Welford Road with live coverage again on BT Sport.

All matches will be subject to government guidelines and/or restrictions with EPCR prioritising the health and welfare of players, club staff, match officials, media, supporters and the wider rugby community.