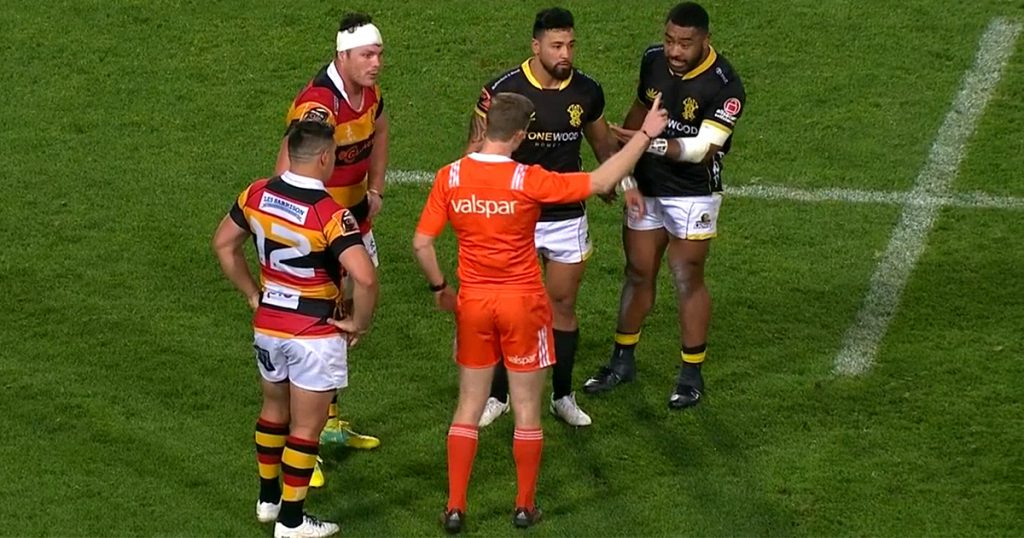 Waikato and Wellington both lost a player to the sin-bin today when the two sides squared off in Hamilton. Sevu Reece scored a hat-trick for the victorious Waikato side, but the 43-31 win featured a moment that stunned the commentary box.

Wellington prop Tolu Fahamokioa went on a run down the wing before being brought to ground then receiving a bit of an accidental knee in the head from Waikato number eight Jordan Manihera, which lead to him lashing out.

His strike from the floor was a low and potentially devastating blow, resulting in a dust up that saw both players leaving the park temporarily.

Clearly fired up by what had happened, Fahamokioa then wanted more after the referee sent them to the sideline, but Manihera wisely opted out. Maybe he still felt a bit qweasy.

It was a bizarre moment, and one rarely seen on the rugby field.

Perhaps one of the closest incidents to it was when Samoa’s James So’oialo grabbed Springbok Adriaan Strauss by the family jewels back in 2013.

A year before that, Stephen Donald was on the wrong end of the ball, and just last week we saw a friendly fire head shot that was incredibly unfortunate.

Fahamokioa might get a ban for this one but seeing as it appeared to be a bit of a glancing blow, it will possibly just get chalked down to a once off moment of madness in the heat of the battle.