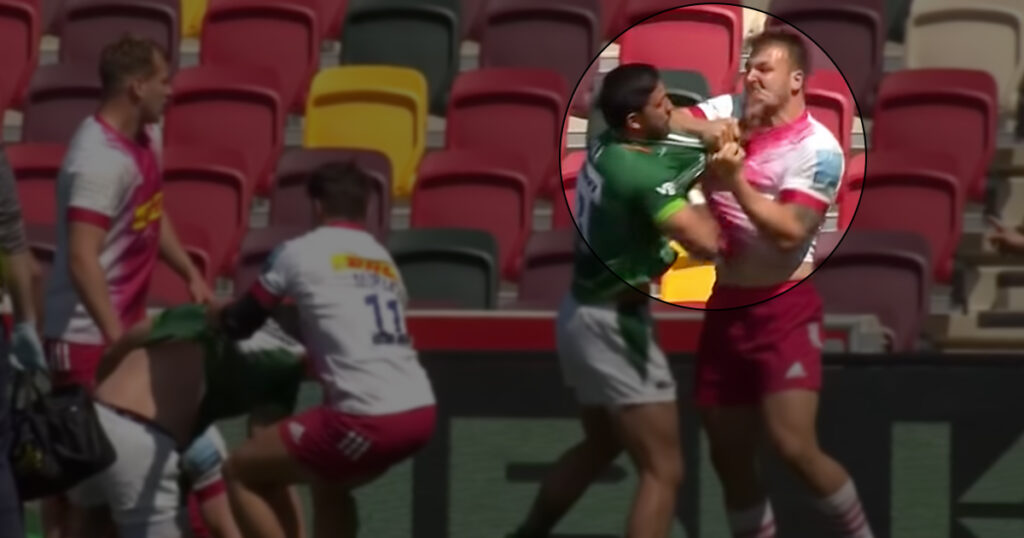 Harlequins centre Andre Esterhuizen faces another ban after he was red carded for his part in an altercation against London Irish in the Guinness Premiership this past weekend.

The big Springbok was previously red carded as recently as December when he dropped an elbow into the face of Gloucester’s Lloyd Evans.

Although that was considered reckless and not deliberate, he was suspended for four weeks.

On this occasion, against London Irish, Esterhuizen was involved in a scuffle off the ball and it was again an elbow that was to blame, albeit in very different circumstances.

He was shown a red card by referee Matthew Carley for striking with the elbow, contrary to World Rugby Law 9.12.

The frustrating aspect for fans, and indeed himself, will be that he wasn’t even involved in the initial scuffle, but went in and then things escalated.

Esterhuizen was also suspended for four weeks in 2015, that time for a dangerous tip-tackle on Michael Rhodes.

You can see the incident in the highlights video below